US claims Huawei would endanger ties with Australia Featured 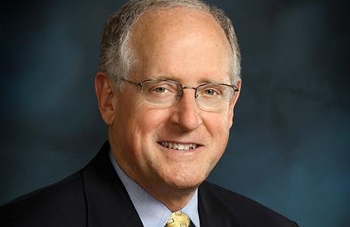 The United States has ramped up the pressure on Australia to keep Chinese telecommunications giant Huawei out of major Australian contracts, with a Republican Congressman warning that the US-Australia relationship could be damaged if the Chinese vendor was involved in building 5G networks Down Under.

Michael Conaway told the Australian Financial Review that Huawei and Chinese mobile firm ZTE both were a "serious national security threat" to the US Government and its allies in the Five Eyes partnership.

The intelligence-sharing partnership comprises the five-English speaking countries: the US, the UK, Canada, Australia and New Zealand.

The Texas Congressman has introduced a bill to prevent Huawei from winning any contracts in the US.

"Because of the high level of intelligence sharing between Five Eyes countries, I have concerns that the presence of Huawei or ZTE in any of these countries could present a significant risk to our co-ordination, and ultimately, US national security as a result," he told the newspaper.

This year, an Australian law will come into force to address any concerns about companies that are involved in future projects in the country. It has been dubbed the anti-Huawei bill.

Conaway's statements come in the wake of the US warning Prime Minister Malcolm Turnbull during a visit there last week against giving Huawei a role in the 5G rollout.

Huawei's global chief executive Ken Hu told the AFR last week that the US and Australian concerns were based on "groundless suspicions".

"We welcome discussions and even debate if it is based on facts," he said. "We are very happy to conduct open and transparent discussions with the Australian Government and telecom operators."

The US has been increasing the pressure on Huawei from the start of this year. A deal for AT&T to sell the Chinese firm's phones on plans was cancelled by the American company at the last minute in January.

Not long after, Verizon was reported to have yielded to pressure from the US Government to stop selling Huawei devices.

In February, US intelligence chiefs warned against the use of Huawei equipment.

FBI chief Christopher Wray told a US Senate hearing: “We’re deeply concerned about the risks of allowing any company or entity that is beholden to foreign governments that don’t share our values to gain positions of power inside our telecommunications networks."

But the UK works with Huawei and recently said it would continue to do so.

Australia denied Huawei any role in supplying equipment to the country's national broadband network project about six years ago, following advice by ASIS, one of its spy agencies.

And last year, Australia put pressure on the Solomon Islands to drop Huawei as the main contractor for an undersea cable project. The project was later awarded to the Vocus Group.