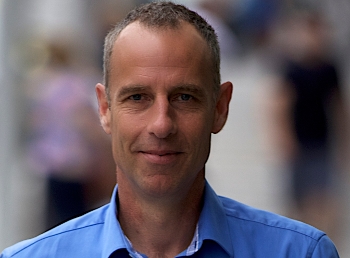 The decision to create a national facial recognition database system in Australia is a giant step by the Labor and Liberal parties down an Orwellian path of Big Brother surveillance and ultimately towards a surveillance and police state, Greens Justice spokesperson Senator Nick McKim claims.

Addressing the media in Hobart this afternoon, Senator McKim (below, right) said: "We've seen with leaks of Medicare data [and] hacks into census information, that what we're going to see here is a honeypot for hackers."

He said the government had an appalling track record of keeping Australians' private information out of the public domain.

The decision to use drivers' licence photos to set up the database was made at a meeting of the Council of Australian Governments in Canberra on Thursday with all states and territories agreeing to the idea which was raised by Prime Minister Malcolm Turnbull.

Senator McKim said he did not know what kind of malicious cyber attackers would be be interested in the kind of information that would reside in the facial recognition database. 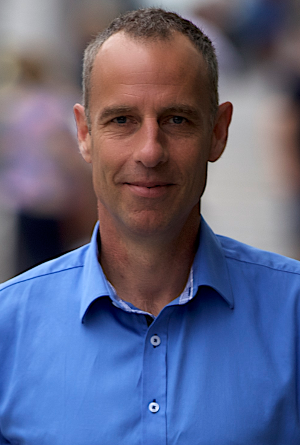 "I'm not an expert on hackers, but what we do know is that hackers have attacked databases and personal information that is held by government departments. We've seen that again and again in Australia, in the US, and the UK. And I have no doubt that in the future, we are going to see security failures where governments abjectly fail, as they have in the past, to protect peoples' personal information," he said.

People needed to ask themselves whether they would be happy walking through a shopping centre or going about their everyday business while being surveilled in real time on CCTV cameras.

"[Would they be happy] having that image data-matched with biometric information held by an authority under [Immigration and Border Protection Minister] Peter Dutton and ultimately allowing the state, the government to understand where they shop, where they go in the streets, all of the things that through our history we have regarded as our private information?" he asked.

"So this is a massive erosion of some of the most fundamental rights that we have fought so hard to create and protect through our history and we are now giving them away with barely a whimper."

In response to a question, Senator McKim said everyone had a right to be as safe as possible.

"Far more women die in Australia at the hands of their violent male partners than [Australians do] at the hands of terrorists and yet we don't see the kind of erosion of freedoms that we're talking about today occurring in response to family or domestic violence," he said.

"Make no mistake, the Labor and Liberal parties have deliberately set out to frighten Australians so that these kinds of rights, freedoms and liberties can be taken away from the people without much of a fight."

Senator McKim said the Greens would fight for people's rights and freedoms. "This kind of erosion of fundamental freedoms is an argument as to why we need a charter of rights in this country so that we can enshrine and codify our rights and protect them against the ongoing erosion we're seeing from the Labor and Liberal parties," he added.

When a questioner asked whether it was not correct that one had nothing to fear under a surveillance system if one had done no wrong, he responded: "I have heard that argument. First of all, [Tasmanian premier] Will Hodgman does not have a mandate to hand over the private information of Tasmanians to the country's security agencies. If he wants to do it, he should be seeking a mandate at the next election to do it.

"The argument that you've just put... people just need to ask themselves a very simple question: are they happy to head down the road towards a police state and a surveillance state? Because there are abundant examples around the world of ambit creep or bracket creep. For example, we have created metadata retention laws in this country and within two short years they were being used by local governments to check on people and find if they had registered their dogs or not.

"We have seen again and again powers that are created ostensibly in one area being abused by government agencies, by local governments, by a range of people in another area."

Senator McKim said people should be really worried about this. "I know a lot of people who are worried because we are getting lots of calls into my office today saying 'Good on you, please stand up for our rights and freedoms'," he said.

"So ultimately this is a real test for Australia. Are we prepared to give away some of the fundamental rights and freedoms that we fought so hard to create and protect over the decades? Are we prepared to give them away to a government, to the Labor and Liberal parties who have abjectly failed to make a case for this kind of invasions of our personal privacy?"

In response to queries from iTWire, he said the government was deliberately trying to frighten people for its own political gain, "but also so they will not fight back when fundamental rights and freedoms are stripped away. The latest move is an attack on privacy and a massive step towards a surveillance state".

He said Turnbull had been identical to [former Prime Minister] Tony Abbott when it came to creating an atmosphere of fear. "And unfortunately Labor leaders are in lockstep with him in every move he has made."

Asked whether this was not a slippery slope as far as personal freedoms were concerned, Senator McKim said: "There have been over 200 legislative changes since 2001 in Australia which have stripped away rights and freedoms, but we can always fight back. The Australian people have fought too hard for too long to win fundamental rights and freedoms, to sit back now and watch as they are eroded."

He said the country needed a charter of rights to enshrine and defend basic freedoms. "The Greens will move in the current term of Parliament to introduce and vote on a Charter of Rights that protects crucial freedoms and liberties, including the right to privacy. People who want to defend their rights should get involved in our campaign, and tell us their priorities for this crucial document."