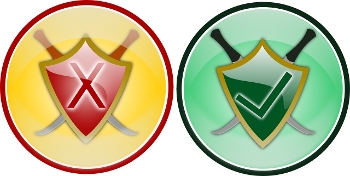 Australian policy on the use of software products from cyber security company Kaspersky Lab has apparently not yet changed in the wake of a US Senate draft budget for the Pentagon recommending that such the use of such products be banned.

Two years ago, Eugene Kaspersky, head of the company, revealed that a contract had been signed with the Department of Prime Minister and Cabinet.

He made the announcement at a function on 5 June 2015 organised by the NSW Business Chamber.

As iTWire reported last week, the US National Defence Authorisation Act's latest draft recommends that the Department of Defence be prohibited from using software platforms from Kaspersky Lab.

An amendment proposed by Senator Jeanne Shaheen, a Democrat from New Hampshire, said it "prohibits the DoD from using software platforms developed by Kaspersky Lab due to reports that the Moscow-based company might be vulnerable to Russian government influence".

iTWire contacted Dan Tehan, the minister for cyber security in Malcolm Turnbull's government, on Friday, to ask whether the Australian government intended to follow the US on banning Kaspersky products from use in any of its agencies.

The inquiry was made because Australia follows the US in many respects as far as defence policy is concerned.

Tehan has not responded to the inquiry as yet.

The US government is in the midst of a review as to whether it should continue using Kaspersky Lab's anti-malware software in its offices.

Unsubstantiated claims have been floating around to the effect that Russia is using the software to spy on the US.

US Defence Intelligence Agency director Vincent Stewart was quoted in May as saying, "we are tracking Kaspersky and their software".

More in this category: « Five Eyes nations urged to respect strong encryption US moves against Kaspersky: Founder calls it cyber-McCarthyism »
Share News tips for the iTWire Journalists? Your tip will be anonymous