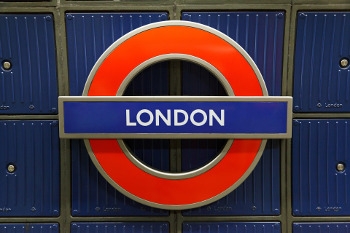 British Prime Minister Theresa May has used Saturday's terrorist attack to again push for a ban on encryption.

May said on Sunday that Britain must take a new approach to tackling terrorism, and that this included denying terrorists and their sympathisers access to digital tools that she claimed were being used for communication and planning attacks.

On Saturday night, seven people were killed and scores injured in an attack on London Bridge. The country goes to the polls on Thursday.

"We cannot allow this ideology the safe space it needs to breed," May said, according to a CNN report. "Yet that is precisely what the Internet and the big companies that provide Internet-based services provide.

"We need to work with allied democratic governments to reach international agreements that regulate cyberspace to prevent the spread of extremist and terrorism planning. We need to do everything we can at home to reduce the risks of extremism online."

This is not the first time that British politicians have pushed for a ban on encryption.

More recently, after the attack on a concert given by American singer Ariana Grande, Rudd was again in the forefront, blaming social media sites like Facebook and Twitter for not doing enough to prevent messages advocating terrorism on their sites.

Last year, Britain passed a sweeping surveillance law, dubbed the Snoopers Charter, that requires Internet, phone and communications applications firms to store records for a year and allow law enforcement to access the data on demand.

"May says there should be no 'means of communication' which 'we cannot read' – and no doubt many in her party will agree with her, politically. But if they understood the technology, they would be shocked to their boots."

He said it was impossible to overstate how "bonkers" the idea of sabotaging cryptography was to people who understood information security.

"If you want to secure your sensitive data either at rest — on your hard drive, in the cloud, on that phone you left on the train last week and never saw again — or on the wire, when you’re sending it to your doctor or your bank or to your work colleagues, you have to use good cryptography.

"Use deliberately compromised cryptography, that has a back door that only the 'good guys' are supposed to have the keys to, and you have effectively no security. You might as well skywrite it as encrypt it with pre-broken, sabotaged encryption."