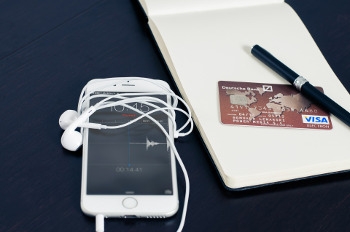 In a statement on Friday, the ACCC said it was not satisfied that the likely benefits from acting together outweighed the negatives.

"We are concerned that the proposed conduct is likely to reduce or distort competition in a number of markets,” ACCC Chairman Rod Sims said.

The four banks — Commonwealth Bank, Bendigo and Adelaide Bank, National Australia Bank and Westpac — expressed disappointment over the rejection of their move.

They said in a statement that they would now separately review and determine future strategy.

The banks had sought authorisation to bargain with Apple for access to the near-field communication (NFC) controller in iPhones, and reasonable access terms to the App Store.

Such access would have allowed the four to offer their own integrated digital wallets to iPhone customers in competition with Apple’s digital wallet, without using Apple Pay, the ACCC said.

“Second, digital wallets and mobile payments are in their infancy and subject to rapid change. In Australia, consumers are used to making tap and go payments with payment cards, which provide a very quick and convenient way to pay. There is also a range of alternative devices being released that allow mobile payments; for example, using a smartwatch or fitness device. It is therefore uncertain how competition may develop."

He added that access to the NFC in iPhones for the banks could artificially direct the development of emerging markets to the use of the NFC controller in smartphones.

"This is likely to hamper the innovations that are currently occurring around different devices and technologies for mobile payments,” Sims said.

Lance Blockley, a spokesman for the banks, said: "“This case has always been about consumer choice. The applicants made this application to seek to ensure they could participate in the future of mobile wallets, and not have the course of development for mobile wallets in Australia dictated by a single overseas corporation."

Blockley, who is also payments specialist, added: "The application attracted strong support from many of Australia's leading retailers and other financial institutions who also recognise the public benefits of open NFC access, and the subsequent flow on benefits for mobile wallet innovation and competition in Australia."

He said while the banks were grateful to the ACCC for reviewing their application, "we are disappointed that the finely balanced draft determination was not tipped in the final decision, given our considerable effort to demonstrate the public benefits inherent in open NFC access, and the subsequent flow on benefits for mobile wallet innovation and competition in Australia".