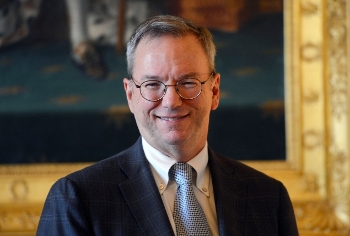 Eric Schmidt, the chairman of Google's parent company Alphabet, expressed a desire more than two years ago to be the "head outside adviser" to Hillary Clinton's presidential campaign, according to an email released by WikiLeaks.

The email, dating back to 2014, was part of a bigger trove released by the whistle-blower website, all of which were from the Gmail account of Clinton campaign chairman John Podesta.

There have been unproven claims by the Democratic Party that the leaked material has been provided by Russian sources.

In the email, sent to campaign manager Robby Mook, Podesta wrote that he had met Schmidt on 2 April 2014 and that he (Schmidt) was "ready to fund, advise recruit talent, etc".

Podesta apparently expected Schmidt to be a pushy sort, as he wrote, "He (Schmidt) was more deferential on structure than I expected. Wasn't pushing to run through one of his existing firms. Clearly wants to be head outside advisor, but didn't seem like he wanted to push others out. Clearly wants to get going.

"He's still in DC tomorrow and would like to meet with you if you are in DC in the afternoon. I think it's worth doing. You around? If you are, and want to meet with him, maybe the four of us can get on the phone in the am."

Mook was in Australia at the time, but wrote back to Podesta that he would "to do a call w him before I get back or meet with him after the 23rd".

As has been reported earlier, Schmidt set up a company called The Groundwork to ensure that Clinton had the engineering talent required to win the election. And as iTWire pointed out recently, Google appears to be skewing search results to show Clinton in a more favourable light compared to other search engines when the same search strings are used.

In another email dated 22 February 2015, also released by WikiLeaks, Google was said to have offered its company plane for use by Bill Clinton to visit Africa. In it, Bill's chief of staff Tina Flournoy said that Schmidt had asked for a meeting with "WJC (William Jefferson Clinton) and that it would take place that Friday (27 February 2015)".

"It is about the business he (Schmidt) proposes to do with the campaign. He says he's met with HRC (Hillary Rodham Clinton)," Flournoy wrote.

Podesta replied: "Yup. I've talked to him too. Robby (Mook) is in touch with his team. I see no harm in WJC seeing him."

Flournoy wrote back: " FYI. They are donating the Google plane for the Africa trip."