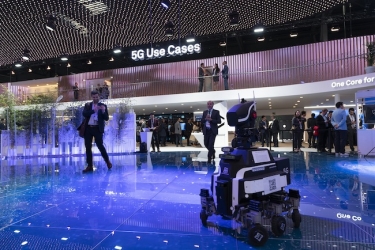 Huawei Australia intends to warn its network of local Australian suppliers that the coming year will be one of jobs carnage unless the Federal Government allows the Chinese telecommunications giant to play a part in the nation’s 5G rollout.

In a statement, Huawei says the company will host its annual Supplier Summit in Sydney tonight and will warn representatives of its fifty local suppliers that its pipeline of works will likely be dry by the end of 2020 unless the 5G ban on the company is reversed – and that up to 1500 local jobs could be lost.

Huawei Australia says it has spent close to $1 billion over the last couple of years with local contractors on building out mobile infrastructure for local mobile network operators but that work will come to a gradual end over the next two years.

According to Huawei, the imposition of the 5G ban in August 2018 has already seen Huawei’s annual payments to its local contractors decrease sharply with tens of millions of dollars lost to local contractors in 2019 – with an even sharper drop expected in the coming year.

Huawei says it will reassure its suppliers that the company is doing everything within its power to get the 5G ban overturned.

“Our suppliers are overwhelmingly small-to-medium sized business employing around 30 people and in many cases Huawei is currently delivering around 80% of their annual revenues – so without us they are in huge trouble.

“Once you factor in the sub-contractors that are employed by our principal suppliers we are currently responsible for around 1,500 jobs in the local telecom construction industry – but the cold reality is that unless the 5G ban on Huawei is reversed those jobs will be lost over the next 18 months.

“Without Huawei the 5G deployment in Australia is going at a glacial pace because there is no competition to spur 5G rollout so if and when those jobs are lost then they are not going to be replaced.

“Construction of the NBN will be completed by June and with so little capital expenditure going into 5G deployment there are clearly very challenging times ahead for the local telecom construction sector.

“Over the last fifteen years Huawei has worked alongside our suppliers and contractors to deliver safe and secure communications for our country.

“We hope common sense prevails and that Huawei is ultimately allowed to deliver 5G in Australia in the way we are already doing in the UK, South Korea, Switzerland, Spain and many others.”

Craig Newton, director of Operations at Rockford Services, said: “We have been working with Huawei for four years now and once we got used to working together they have been an exceptional company to work with.

“Although we are a Brisbane based company we have conducted work for Huawei deploying mobile network services all around the country, including southern NSW and South Australia.

“Huawei is a major customer of ours and we share a very respectful working relationship, so the 5G ban is obviously very bad news for our business.

“We now have to go out and try to find new customers, not an easy task in the current environment because the NBN rollout is coming to a close and we are not seeing 5G being deployed with any great urgency by the operators.”

The Australian Government banned Huawei from taking part in the 5G rollout in 2018 on the advice of the country’s spy agencies citing national security concerns.