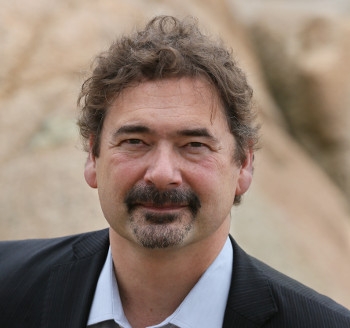 One of the people behind the Vivaldi and Opera browsers says Google suspended all his company's AdWords shortly after he voiced concerns about the data-gathering indulged in by the search giant and Facebook.

This was the second time that access to AdWords was banned, von Tetzchner said. But when the suspension came so soon after his views appeared, "timing spoke volumes".

Von Tetzchner said he had known Google for a long time, being the first to add its search into the Opera browser interface.

"Our co-operation with Google was a good one. Integrating their search into Opera helped us deliver a better service to our users and generated revenue that paid the bills," he said in a blog post.

"We helped Google grow, along with others that followed in our footsteps and integrated Google search into their browsers."

But once Google introduced services like Google Docs, which were incompatible with Opera and also encouraged users to switch browsers.

"I brought this up with (Google co-founder) Sergey Brin, in vain," von Tetzchner said. "For millions of Opera users to be able to access these services, we had to hide our browser’s identity. The browser sniffing situation only worsened after Google started building their own browser, Chrome."

He said the present situation was even stranger. "We are making the Vivaldi browser. It is based on Chromium, an open-source project, led by Google and built on WebKit and KHTML.

"Using Google’s services should not call for any issues, but sadly, the reality is different. We still have to hide our identity when visiting services such as Google Docs."

He said the problem with AdWords being suspended a second time had been sorted out only after three months of back-and-forth and only when he gave in to Google's requirements.

"A monopoly both in search and advertising, Google, unfortunately, shows that they are not able to resist the misuse of power. I am saddened by this makeover of a geeky, positive company into the bully they are in 2017," he said.

Von Tetzchner's claims come in the wake of the recent sacking of a Google critic at a think-tank funded by the search behemoth and just days after a journalist claimed that she had been forced to pull an article about Google's search practices due to pressure from the company.

More in this category: « Two CBA directors to go as fallout continues over scandal Google fears monopoly talk spreading to US: sacked think-tank employee »
Share News tips for the iTWire Journalists? Your tip will be anonymous