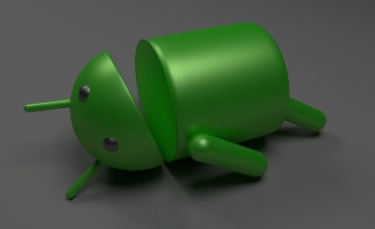 Image by gfk DSGN from Pixabay

India's Supreme Court has delivered Google a slap in the face, ruling that it would not make any changes to an anti-trust order that seeks changes in the Android mobile operating system.

The company had appealed to the country's highest court, hoping that a ruling by the Competition Commission of India, the nation's competition regulator, would be watered down.

The only concession by the court on Thursday was that it gave the CCI one more week to enforce its ruling, according to a report in TechCrunch.

The ruling was made last year, with the CCI alleging that Google had abused the dominant position held by its Play Store by requiring users in India to install the entire Google Mobile Suite.

Android dominates the Indian mobile market to the extent that Apple's share is still in single digits.

The CCI has told Google that it should not link the licensing of Play Store to the installation of apps like Chrome and YouTube.

Google has claimed that making changes to its policies would pose a threat to national security and affect the development of Android, both claims which the Supreme Court did not consider.

The matter will now go back to the National Company Law Appellate Tribunal which will have to decide by 31 March how things proceed.

This is the second time in five months that Google has found appeals over rulings and fines to be ineffective in cases where the company has been accused of breaching anti-trust rules pertaining to Android.

The only concession that the EU tribunal afforded Google was to reduce the penalty to €4.1 billion on the grounds that there were some faults in the EU regulator's analysis and because it agreed that Google's right to a fair trial had been infringed to some extent.

Update, 21 January: On Friday, Google said it would accept the CCI's ruling and wait on the NCLAT for an outcome, while it pursues its court appeal in parallel.

Reuters quoted a Google spokesperson as saying: "We remain committed to our users and partners and will cooperate with the CCI on the way forward.

"We are reviewing the details of [the CCI] decision which is limited to interim relief and did not decide the merits of our appeal."