The role of e-safety commissioner is not widely known, reveals national survey 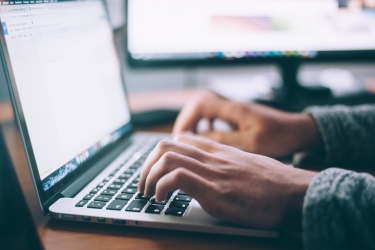 The presence of Australia’s e-safety commissioner and its services lacks public awareness, contributing to the significant under-reporting of incidents online, reveals the 2022 National Online Safety Survey conducted by the Australian government.

Only 2% of parents surveyed identified the e-safety commissioner as an organisation they’d turn to for help with online safety.

The survey saw an increase when a list of support options including the e-safety commissioner was provided.

Less than 4% of parents and 12% of children report harm they experienced online, such as abuse or being sent violent or sexual content, to the e-safety commissioner, the report added.

While the survey found the majority of parents and carers have discussed online dangers and safe use of the internet, further information and awareness activities are still needed to inform parents of the support available through the e-safety commissioner.

Prepared by the Social Research Centre and based on data collected in April and May 2022, the report found:

1. Almost 40% of adults experienced online harm in the last 12 months, with the most common negative online experiences being exposure to unwanted or inappropriate sexual content and harassment.
2. Almost 50% of adults in diverse groups, such as the LGBTQIA+ and CALD communities, experienced online harm that seriously discriminated, abused or belittled them on the basis of their personal identity or beliefs.
3. 45 percent of children reported their main negative online experience was being called offensive names, and 14% of children, aged 11 to 17, reported it was being threatened by someone who said they would send or post private photos or videos of them.

The Albanese Government has allocated $6 million to create free digital and media literacy tools developed by the Alannah and Madeline Foundation to all schools in Australia.

The October Budget also confirmed $5 million over five years to extend the National Online Safety Awareness Campaign and raise awareness across Australia of the new protections available for people who have experienced serious online abuse, an additional $16.6 million over four years for e-safety to establish a new technology-facilitated abuse helpline service, and $10 million for a new Online Safety Community Grants programme.

These grants will provide funding to non-government and charitable organisations for online safety education and projects focused on women and children.

Grant guidelines are currently being developed by e-safety and will be available through the e-safety Commissioner’s website.

More in this category: « Is Meta on the way down? ACMA releases options paper on exploring future use of the 1.9 GHz band »
Share News tips for the iTWire Journalists? Your tip will be anonymous