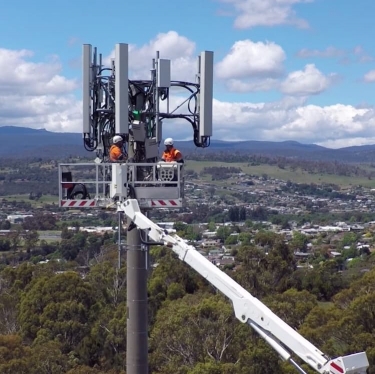 The ACCC was concerned that Telstra's registrations of hundreds of sites for low-band spectrum use "had the substantial purpose or likely effect of preventing or hindering Optus from deployment of its 5G network and from engaging in competitive conduct in the retail mobile market."

The commission noted that access to low band spectrum is crucial to providing core network coverage for mobile services and the rollout of 5G.

According to the ACCC, the sequence of events was that although Telstra holds a licence for parts of the 900 MHz band until 30 June 2024, it was making little use of the spectrum and had not registered a new site since 2016.

Optus was the successful bidder for all of the 900 MHz spectrum on offer in the December 2021 auction.

On 9 December 2021, Telstra became aware that the ACMA would consider early access applications for the 900 MHz band spectrum, and on 31 January 2022 it registered 315 sites in the 900 MHz band, predominantly in major cities or inner regional areas.

153 of those newly-registered sites were subsequently deregistered, and since January Telstra has only used a limited number of the remaining 162 sites.

Telstra has undertaken to deregister all remaining radiocommunications sites it registered with the ACMA in the 900MHz spectrum band in January 2022 that would have prevented Optus from early access to the spectrum.

"Telstra's undertaking will ensure Optus is not hindered from expanding its 5G rollout, giving more Australians access to a choice of 5G services in regional and metropolitan Australia," ACCC commissioner Liza Carver said.

"This is critical as 5G network coverage becomes an increasingly important factor in consumer choice in mobile phones and mobile plans."

"Telstra's undertaking promptly addresses the ACCC's competition concerns and stops the likely harm to competition and consumers quickly. It is an efficient and effective way to achieve a positive market outcome," she added.

"We were concerned that Telstra's registration of 315 radiocommunications sites in the 900 MHz spectrum band had the substantial purpose or likely effect of lessening competition by Optus, as Telstra knew of the importance of this spectrum band to Optus' 5G rollout plan."

Carver said "The ACCC will continue to closely monitor the market," despite the undertaking.

Telstra has made a further undertaking to have its board of directors, CEO and other senior staff undergo competition law compliance training.

The exact undertaking is available here.