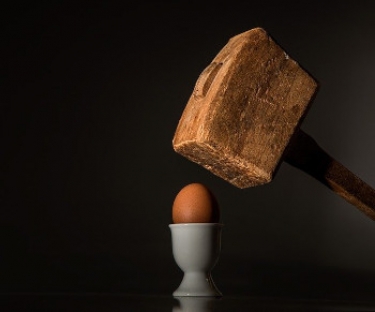 Three technology industry bodies have urged the Federal Government to significantly revise the Security Legislation Amendment (Critical Infrastructure) Bill 2020 before it is voted on, as it would otherwise "create an unworkable set of obligations and set a troubling global precedent".

The Information Technology Industry Council, the Australian Information Industry Association and the Cybersecurity Coalition wrote to Home Affairs Minister Karen Andrews on Thursday, saying that while their members shared the government's commitment to protecting critical infrastructure against cyber threats, the bill remained "highly problematic and largely unchanged despite extensive feedback from our organisations".

The bill in question was reviewed by the Parliamentary Joint Committee on Intelligence and Security which said, on 30 September, that it be split up into two, in order to pass what it characterised as "urgent reforms".

The bill greatly increases the sectors that are covered by the law, to include communications, financial services, data storage and processing, defence industry, higher education and space technology.

But the Australian bill does not require any court order for intelligence agencies to act in this manner. The Opposition Labor Party has expressed concern about the lack of any independent permission for, or judicial review of, such actions. But it agreed with the government on everything else.

Technology firms have pointed out, in submissions, that government intervention of this kind could often make matters worse. But that has so far fallen on deaf ears.

"We are disappointed by the recent report... which recommended that the elements of the bill which caused the most concern for industry stakeholders – namely the government assistance powers granted under Part 3A and incident reporting obligations - be fast-tracked and pushed through as a separate bill, without further public consultation," the three organisations said.

"As representatives of member companies that include both Australian and international companies, we urge the Australian Government to reject this recommendation and to seriously consider our recommendations below."

They said in its current form, section 3A would give the government information-gathering, direction and intervention powers that were not subject to reasonable due processes, which would normally allow affected entities to appeal or have these decisions independently reviewed.

"While the government asserts that this power is intended only as a measure of last resort to address 'cyber security incidents', the bill provides the government with unprecedented and far-reaching powers, which can impact the networks, systems and customers of domestic and international entities, and should be subject to a statutorily-prescribed mechanism for judicial review and oversight," the three organisations said.

They also expressed concern about the global impact that such a bill would have and how it undermined the values that Australia promotes internationally.

"The Australian Government has been a global leader in policymaking around technology and security, specifically addressing threats posed by companies that may be subject to extra-judicial direction by a government," the three bodies said, in a clear reference to the Chinese telecommunications equipment vendor Huawei Technologies.

"The signal sent by these measures is that these rules do not apply to Australia. This undermines the government’s good work internationally on these issues and sets a disturbing precedent for other governments facing similar national security challenges. We strongly recommend the Australian Government amend the Bill to provide for a statutorily prescribed right of appeal and review of the Part 3A powers."

They also asked that the mandatory cyber incident reporting timeline be extended from "within 12 hours” to “at least 72 hours” or “without undue delay.”

"The mandatory 12-hour reporting timeframe diverges from global best practices and will inhibit our ability to focus on truly critical incidents. Additionally, we recommend removing the requirement to report 'imminent' cyber incidents.

"Our member companies would collectively block millions of threats a week; if required to report these the Australian Government would likely be inundated with data. The current reporting requirements of the Bill will likely lead to the reporting of inadequately contextualised information or misinterpretation of the event in a situation where accuracy is of great importance, which will not provide useful or actionable information to the recipient government entity."

"That's why I'll always listen to industry and give their recommendations due weight," she said in a statement sent to iTWire.

"At the same time, we're facing a clear threat, and we need to be resolute in tackling it. Cyber crime, ransomware, and attacks on critical infrastructure are already occurring – both in Australia and overseas. If we don't act now, we risk our cyber security falling further behind.

"Fire codes and building regulations are a critical first step that keep occupants safe and protect our assets. Once a fire takes hold though, we don't expect the occupants to fight it – they call the fire brigade.

"In the same way, businesses will continue to have frontline responsibilities for their own cyber security, but — in the event of a major attack — emergency assistance legislation will enable the capabilities and expertise of the Australian Signals Directorate to be called in as a last resort."

The bill was introduced into Parliament on 10 December last year. It is unclear whether the government will seek to pass it into law this year. Parliament is set to meet again on 18 October and has a further 11 sitting days of both houses after that for the year. The House of Representatives will sit for an additional four days in October.