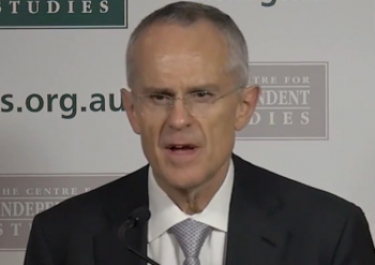 Former ACCC chair Rod Sims says under the terms of an ongoing Treasury review into the News Media Bargaining Code, social media giant Facebook should be forced to negotiate and strike content deals with outlets like SBS and The Conversation.

Sims made the comments in a report issued by the Judith Neilson Institute on Monday, in which he analysed the NMBC, its success or lack thereof and also future directions it could take to stay in line with its original purpose.

The code was derived from the Australian Competition and Consumer Commission's Digital Platforms Inquiry report which was handed to the government in June 2019.

Negotiations between digital platforms like Google and Facebook and news organisations went on for a while, with the provisions for the code being passed into law in February 2021.

But there was plenty of resistance from the digital platforms and though Google took a more low-key stance, Facebook upped the ante and blocked the ingress of news content into Australia.

The government hurried to placate Facebook and made numerous changes to the legislation after which the social media company reversed its block on content.

The NMBC has provisions for the government to designate digital platforms which do not follow the provisions of the law; were this to happen, then such platforms would have no choice but to negotiate, failing which they would be forced into deals negotiated by a government-appointed middleman.

In Monday's report, Sims characterised the NMBC as a success, despite the fact that it had certain shortcomings.

"Certainly, the review will consider such improvements, and Facebook may well face future designation, but in my very long public policy history there are few new policies that so closely achieve their objective."

He said the review had two things to address. "First, the Treasury Review will consider whether the criteria under the NMBC that ACMA uses to qualify news media businesses has stood the test of time. Google argue that not all those declared eligible by ACMA should be found to be eligible. This will be tested in the
Review.

"If Treasury were to align with the Google view then Google may well, at the conclusion of the currently continuing negotiations, have done deals with or close to 100 per cent of eligible businesses. If Treasury backs the status quo, then Google may need to do more deals.

"Second, as things stand Facebook should likely be designated so the remaining deals that should be done get done. Yes, these are important issues to be addressed but they should not determine whether or not the NMBC can be classified as a success at this very early stage; it clearly can be."

More in this category: « Microsoft cloud licensing changes in bid to head off EU anti-trust plaint Complaints rising again, says TIO »
Share News tips for the iTWire Journalists? Your tip will be anonymous