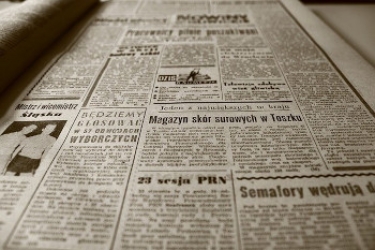 Image by Krzysztof Pluta from Pixabay

A Senate committee that has held public hearings into the Federal Government's news media code is unlikely to propose any changes to the bill before it.

The Senate Standing Committee on Economics held two hearings on the bill, on 22 January and 1 February.

Friday is the deadline for the committee to issue a report and send the bill back to Parliament where it is expected to be debated during the next two weeks of sittings.

Both the Labor Party and the Greens have said they would support the bill, with the latter having indicated that it would add an amendment to require income from agreements struck under the News Media and Digital Platforms Mandatory Bargaining Code to be spent on public interest journalism.

The Greens also want a review of the effect of the Code on smaller news operators to find out what impact it has had on them.

Google has threatened to pull its Search service from Australia if the bill is passed in its current form, while Facebook says it will not allow the posting of news from Australian publications in its news feed..

Google launched its News Showcase in Australia last Friday (5 February), a product that was announced in October 2020, but not introduced Down Under due to the ongoing stoush over the Code.

Given that the launch took place after Prime Minister Scott Morrison had a video chat with Alphabet and Google chief executive Sundar Pichai on 4 February, the firm is expected to seek more changes in the Code before it is passed into law as a quid pro quo.

The government has already given ground on three important aspects of the Code before introducing it into Parliament on the last sitting day of 2020:

While a number of smaller news publishers have agreed to deals with Google to be part of the News Showcase, bigger publishers like News Limited, Nine Entertainment and Guardian Australia are holding out.

Google has hinted that if the Code becomes law in its current form, then it would cancel any Australian deals struck for the Showcase.

More in this category: « Google does not rule out pulling additional services from Australia Microsoft president backs Australian media code for other countries too »
Share News tips for the iTWire Journalists? Your tip will be anonymous