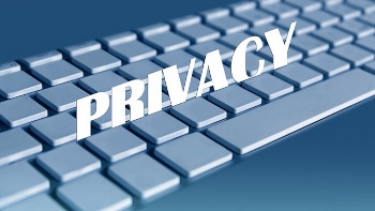 The ABC has been asked to clarify whether iview users are being informed about the extent to which their data is being shared with commercial entities or whether they are in the dark about it altogether.

The question was posed by the Australian Privacy Foundation on Friday. It was a follow-up to a missive from ABC chairman Ita Buttrose in which she had responded to the APF's concerns over the introduction of compulsory logins.

iview is an ABC service that allows viewers to watch programs that have already been broadcast, or, in some cases, which are yet to go to air. The ABC is funded by the taxpayer to the tune of a billion dollars annually.

In Friday's letter, APF chair David Vaile and vice-chair Dr Juanita Fernando also inquired about the kind of restrictions or compliance arrangements which the ABC had with the companies which it was allowing to suck up user data.

"Can the data recipients or their customers, within the terms of your agreement with them, use iview usage data for marketing and advertising efforts to change election outcomes? And how do you audit compliance with any such restrictions?" the two APF officials asked.

In its first letter, the APF had pointed out that the compulsory logins could well lead to suspicion that the broadcaster was being prepared for privatisation and commercial exploitation. Prior to the federal election being called, the APF had outlined its election platform principles, and calling for changes in the Australian Broadcasting Corporation Act of 1983 to prevent the ABC from sharing (re-)identifiable personal information with other entities or platforms.

The ABC announced the compulsory logins in a statement on 17 February, claiming that it would collect user data, but would not sell the same.

A security researcher, Dr Vanessa Teague, has already demonstrated that data is being sent to Google, Facebook, Tealium and Chartbeat during both the use of iview and also the ABC's news site.

As iTWire reported on Friday morning, the iview logins, which had not been enforced for all of March despite that month being said to be the deadline for implementation, have now become compulsory.

Vaile and Dr Fernando also asked whether the ability to opt out was present, pointing to Dr Teague's research which had indicated that there was no opt-out. In the story carried this morning, Dr Teague reiterated that no opt-out was available.

Said the two APF officials: "It appears that would-be viewers, including children, cannot opt out of this data sharing practice, even if they were aware of it.
We seek your urgent advice as to whether this is indeed the case.

"We would also appreciate a full list of the third-party commercial entities who can receive this sort of iview usage data about registered users, which jurisdictions those entities are based in or controlled from, and all the specific data elements that are exported to them."

The APF cited a recent article published by the ABC about political parties using micro-targeting on Facebook and Google to deliver messages to individual voters, and said, "The technical transfer to commercial third party data exploitation and advertising businesses" was exacerbated by these findings.

"This new practice of exporting usage data to third-party commercial entities, in some cases offshore, also has further potential to erode the level of trust the community places in the reliability of the ABC, and undermines the corporation’s Charter obligation to maintain ABC independence and integrity," the two APF officials said.

More in this category: « ABC compulsory iview logins kick in during election campaign European Union agrees on laws to crack down on digital companies »
Share News tips for the iTWire Journalists? Your tip will be anonymous