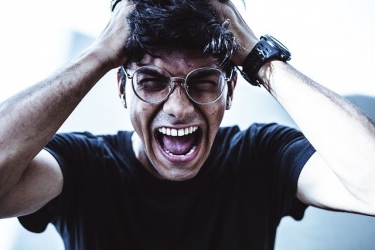 The report showed that residential consumers and small businesses made 18,386 complaints, a decrease of 14.2% compared to the previous quarter, and 39.7% compared to the same period last year.

Complaints have declined across all service types, with internet complaints decreasing 20.4%. However, the decline in mobile complaints was less significant at just 4.7%. This meant mobile became the most complained about service type, with 42% of all complaints being about mobile services, the TIO advised.

Other key points in the report include:

Ombudsman Judi Jones said, “In my six years as the Telecommunications Industry Ombudsman, we have worked closely with our members to reduce phone and internet problems for residential consumers and small businesses. After a spike in complaints in 2018, it’s very pleasing to see continual decreases in complaints. Working together has made a real difference to consumers.

“I encourage telcos to continue to work with consumers to resolve their problems. And as always, if the conversation breaks down, contact my office. We’re free and here to help,” Jones concluded.

On reading the report, ACCAN acting CEO Andrew Williams said, “It is now a widely accepted fact that phone and internet services are essential to our daily lives.

“While it’s positive to see that the overall level of complaints has fallen, it is worrying to see that nearly half of the major complaints being escalated to the TIO are related to such basic issues. Consumers should be getting the phone and internet services that they pay for.”

Williams explained that there is currently no reliability framework when it comes to mobile services, meaning that there is no way to measure the performance of mobile networks across Australia.

“We’d like to see the Federal Government allocate funding for the Australian Media and Communications Authority (ACMA) or the ACCC to investigate and monitor mobile outages and the reliability of mobile infrastructure across Australia, so that they can identify if measures are needed to increase mobile reliability.”

ACCAN has also advocated that the Federal Government invest in initiatives aimed at improving broadband reliability, including prioritising progress on the draft standards, rules and benchmarks for Statutory Infrastructure Providers, such as NBN Co.

ACCAN also highlighted the continuing high proportion of complaints relating to a telco not meeting an agreed resolution and the increase in complaints about misleading conduct by a telco.

“We expect telcos to do the right thing by their customers, and that includes following through on agreed methods of resolution and treating customers fairly. We’ll be monitoring complaints reports closely to check on improvements in this important area by the telco industry,” Williams said.

Williams extended his thanks to the TIO for their ongoing efforts to provide fair, independent, and accessible dispute resolution services.

“In particular, we’d like to recognise Judi Jones as she departs as Ombudsman and thank her for her dedication to creating a fairer telco market in Australia,“ concluded Williams.

More in this category: « The ACMA says be alert: Is that text about a package a scam? Cynthia Gebert appointed as new Telecommunications Industry Ombudsman commencing in May »
Share News tips for the iTWire Journalists? Your tip will be anonymous