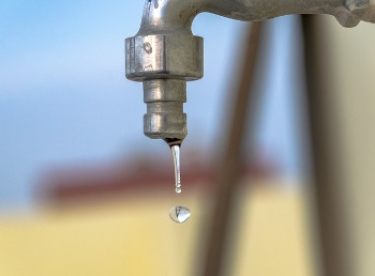 Image by Rajesh Balouria from Pixabay

The ABC's claim to being the most trusted news site in Australia has come under serious doubt following the release of a video that shows how the data of users, logged in or not, is being leaked to a number of commercial outlets.

Researcher Vanessa Teague, one of the few technical experts to raise objections to the ABC's imposition of logins for iview users, pointed out on Wednesday that the ABC news website was also leaking data to the likes of Google, Facebook, Chartbeat and Tealium.

She demonstrated the leaking in a video she uploaded on YouTube, one that somewhat surprisingly has a very small number of views. Even hashed email addresses are sent to these commercial entities. iTWire has independently verified that this does indeed happen.

Update: It's not just @ABCaustralia iView, it's also the @ABCnews website, probably the most trusted source of news in Aus. Details of what you're reading are immediately disclosed to Google, chartbeat and Tealium. Why are we doing this to our democracy? #Auspol #OurABCOurData https://t.co/wJJgtonlOK

Last year, Dr Teague, who runs her own infosec company Thinking Cybersecurity, sought to obtain details of the data-sharing deal that the ABC has with Tealium — which styles itself as a customer data hub and enterprise tag management firm — but was knocked back after filing a freedom of information application.

In the 14 March video, Dr Teague used the Chromium browser — the open source version of Google's Chrome browser — to show how data streams were being sent to a number of companies, with even hashed email addresses, which could be easily deciphered, being part of the traffic.

She questioned whether thought had been given to the fact that data about people who had issues with their sexuality or even mental health issues could be among the bits and bytes harvested by the likes of Google, Facebook, Chartbeat and Tealium.

Though there has been some coverage of the compulsory logins for iview, which the ABC said would come in on 15 March but which does not appear to have been implemented yet, Dr Teague said the major issue was the data sharing.

She pointed out that it could have been going on for much longer than from the point she discovered it was happening.

In a tweet, Dr Teague wrote: "It's not just @ABCaustralia iView, it's also the @ABCnews website, probably the most trusted source of news in Aus. Details of what you're reading are immediately disclosed to Google, chartbeat and Tealium. Why are we doing this to our democracy?"

iTWire contacted the ABC and asked the following queries:

In response, an ABC spokesman did not offer replies directly to these queries, though in the past the same spokesman has insisted on "specific queries".

He said logins would be required for different devices in stages over the next few months commencing from 15 March and the implementation of that process had begun.

"The ABC does not offer a general opt-out of data sharing with service providers," the spokesman said. "The option to opt out from Promotions on Digital Platforms on ABC iview means hashed email addresses are not shared with Facebook and Google – this is clearly disclosed at the point of opt out.

"The ABC also offers an opt-in to marketing cookies on the Web so that they are not used unless the user opts in. Third-party marketing SDKs have been removed from ABC mobile apps."

He said the data sent to Google Analytics and Tealium was not the same as data that may be sent to Google Ads and Facebook, by way of a hashed email address, if the user had not opted out.

"Sharing data with Google Analytics is common practice, including among government agencies," the spokesman added.

He said the broadcaster aimed to provide a safe digital space for children to enjoy their favourite programs and other content.

"To make sure children are protected online, we:

Whether this protection for children was triggered when children's programs were watched was not specified.

More in this category: « US FCC announces over US$640 million for broadband through the rural digital opportunity fund New digital platform rules crucial next step in consumer law reform »
Share News tips for the iTWire Journalists? Your tip will be anonymous