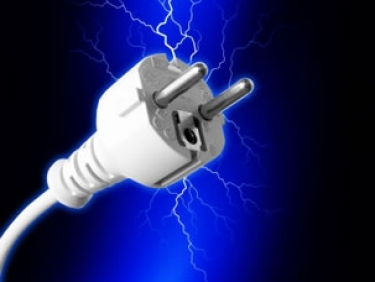 An investigation by New Zealand competition regulator, The Commerce Commission, has led to a backdown by New Zealand’s largest electricity distribution business, Vector, on moves that would have cost its customers millions of dollars over the coming decades.

Commerce Commission Deputy Chair, Sue Begg, says the Commission’s investigation began in 2020 and subsequent engagement with Vector Limited prompted the reversal of its regulatory treatment of sale and leaseback transactions, which had resulted in a $300 million asset revaluation.

Begg says this revaluation would have enabled the company to significantly increase charges to consumers, without providing any service improvements or infrastructure investment.

The Commission today issued a formal warning to Vector, and Commissioner Begg says, “This should send a strong message to all regulated suppliers that we will act to protect consumers from price increases that can’t be justified”.

The Commission notes that in March 2020, Vector entered into the transactions involving two of its wholly-owned subsidiaries, selling its CBD tunnel and a portfolio of substation land and building assets, then leasing those assets back from its subsidiary companies.

“In the Commission’s view, Vector’s approach to valuing those transactions was inconsistent with regulatory rules under the Commerce Act 1986,” the Commission notes.

The Commission says Vector has now reversed its regulatory treatment of the transactions that would have increased its Regulatory Asset Base (RAB) by approximately $300 million - which would have allowed Vector to earn significantly greater revenues from its electricity consumers over the estimated 30 to 40 year duration of the leases.

“It is a good outcome for consumers that Vector has reversed its regulatory treatment of its transactions, which has removed the potential impact of higher costs on their electricity bills. We acknowledge Vector’s co-operation with our investigation and its constructive approach towards engagement,” Commissioner Begg says.

“We strongly encourage regulated suppliers to engage with the Commission when planning transactions that could significantly affect their RAB or consumer pricing.”

The Commission notes that it first identified the increased RAB in its review of Vector’s information disclosure in October 2020 and initiated an investigation in December that year, with subsequent engagement over 2021 and 2022 that included referencing the potential for court action to prevent consumer harm – from interim pricing changes – and to address what the Commission alleges was the incorrect regulatory treatment of the transactions.

The Commission’s warning letter to Vector can be found here.

More in this category: « New phone numbering arrangements: ACMA Motorola Solutions prevails in Australian copyright and patent infringement proceedings against Hytera »
Share News tips for the iTWire Journalists? Your tip will be anonymous