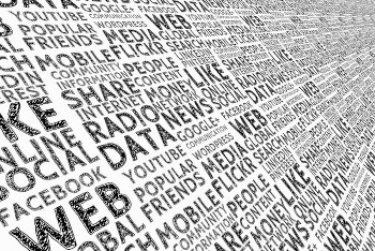 After a long silence, Google has once again spoken up on the news media code that is expected to be finalised by 10 December, reiterating that it will only accept a code that is "fair, principled and technically feasible".

The company's stance was put forward again by its vice-president for Australia and New Zealand, Melanie Silva, in a blog post dated 15 November (Sunday). The last time Silva posted something on the topic it was on 11 October.

But no ultimatum was held out by the company to provide a clue as to what its reaction would be if the ACCC did not accede to its terms for the news media code.

"How the final code is designed and enforced matters to millions of Australians who rely on digital tools like Google Search, and may well have broader, global ramifications – so this is a critical stage," Silva said in her latest post.

"Over the past few months, we’ve made it clear that while we have serious concerns about the way the draft legislation is framed, we’re committed to working with the government and the Australian Competition and Consumer Commission to get to a version of the code that’s workable and fair for platforms, publishers and all Australians.

"We’ve also reinforced our willingness to help support the news industry, including the recent announcement of an AU$1.38 billion global investment in partnerships with news publishers and the future of news, for a new product called News Showcase."

The last time ACCC chairman Rod Sims spoke in public about the code, he said it was going to plan and would be in place before the year ends.

He made the comment in response to a question following a talk he gave on "Tackling market power in the COVID-19 era and beyond" at the National Press Club in Canberra on 21 October.

But he shrewdly did not reveal anything of what would be in the final code, only pointing out that he was working on a draft and that meant there could be changes.

He was firm, however, that there would be no change in the components of the code, with an arbitration system in place. Google has objected strongly to having arbitration of the sort proposed by the ACCC where one side's solution is accepted.

Both ABC and SBS are also likely to be covered by the code as the Australian Labor Party and the Greens have made their support for the law conditional on it covering the two public broadcasters as well.

More in this category: « AIIA cautions govt not to rush critical infrastructure bill through Media bosses ramp up pressure on govt over news media code »
Share News tips for the iTWire Journalists? Your tip will be anonymous