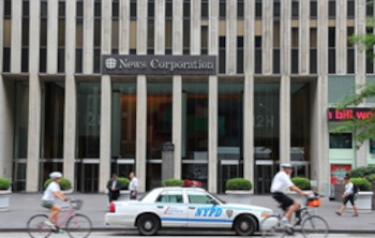 News Corporation has announced it has reached a multi-year agreement with Facebook, to provide news to users of the social media site Down Under.

In a statement issued from the headquarters of its American division, the company said the deal would cover News Corporation Australia. A report in a Nine newspaper says Nine Entertainment has signed a letter of intent with Facebook, but no details of any deal have been provided.

Included in the deal are The Australian, news.com.au, The Daily Telegraph, the Herald Sun and The Courier-Mail, plus regional and community publications.

The company added that Sky News Australia had also reached a new agreement with Facebook, building on an existing agreement.

Until this announcement, only Seven News and three small media companies had reached deals with Facebook. This means that Nine Entertainment and the ABC are still to sign up with Facebook, with the latter also not having reached any deal with Google.

In October 2019, News Corporation reached a deal for its US publications to be paid for access to additional stories for Facebook News, the news feed on the social media site.

News Corporation chief executive Robert Thomson said: “The agreement with Facebook is a landmark in transforming the terms of trade for journalism, and will have a material and meaningful impact on our Australian news businesses.

"Mark Zuckerberg and his team deserve credit for their role in helping to fashion a future for journalism, which has been under extreme duress for more than a decade.

“[News Corporation chief] Rupert [Murdoch] and Lachlan Murdoch led a global debate while others in our industry were silent or supine as digital dysfunctionality threatened to turn journalism into a mendicant order.

"We are grateful to the Australian Prime Minister Scott Morrison, Treasurer Josh Frydenberg and the Australian Competition and Consumer Commission chair Rod Sims and his team for taking a principled stand for publishers, small and large, rural and urban, and for Australia. This digital denouement has been more than a decade in the making.”

More in this category: « Google, Microsoft take swings at each other over news law Google in damage control after 2012 anti-trust probe details leak »
Share News tips for the iTWire Journalists? Your tip will be anonymous