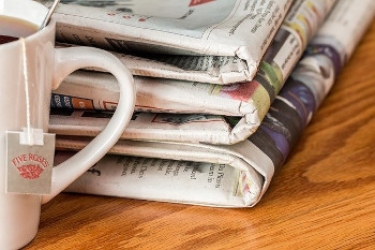 Rupert Murdoch's News Corporation has struck a global three-year deal with Google in return for what the publisher has described as "significant payments".

The announcement, on Wednesday US time, was made by the publisher's New York head office and includes the development of a subscription platform, the sharing of ad revenue through Google's ad technology services and "the cultivation of audio journalism and meaningful investments in innovative video journalism by YouTube".

The agreement covers The Wall Street Journal, Barron’s, MarketWatch and the New York Post in the US; The Times, The Sunday Times and The Sun in the UK; and The Australian, news.com.au, Sky News, The Daily Telegraph, the Herald Sun, The Courier Mail, and The Adelaide Advertiser in Australia.

It comes a day after Nine Entertainment announced a deal with Google which is said to be worth in excess of $30 million. This leaves only the ABC, SBS and Guardian Australia among the better-known media organs in Australia which are yet to announce deals with the online advertising behemoth. Seven News Media signed up on Monday.

The Federal Government legislation to force digital platforms to negotiate with news publishers, meanwhile, was passed by the House of Representatives on Wednesday night. However, it is unlikely that any publisher will need to use the News Media and Digital Platforms Bargaining Code to get an agreement with Google.

There has been no news about Facebook, which was also cited by the government as one of two digital platforms that was affecting Australian news publishers' revenue, cutting any deals with Australian media organisations.

While the total reported sum for the Australian deals is approaching $100 million, it is far from the amounts that were spoken of earlier. Nine chairman Peter Costello had mentioned a figure of $600 million, while News Corporation Australia's Michael Miller went even higher, saying about $1 billion would be needed in total.

News Corporation chief executive Robert Thomson characterised the agreement as having “a positive impact on journalism around the globe as we have firmly established that there should be a premium for premium journalism".

“I would like to thank [Alphabet and Google chief executive] Sundar Pichai and his team at Google who have shown a thoughtful commitment to journalism that will resonate in every country," he said.

"This has been a passionate cause for our company for well over a decade and I am gratified that the terms of trade are changing, not just for News Corp, but for every publisher.

“The deal simply would not have been possible without the fervent, unstinting support of Rupert and Lachlan Murdoch, and the News Corporation Board. For many years, we were accused of tilting at tech windmills, but what was a solitary campaign, a quixotic quest, has become a movement, and both journalism and society will be enhanced.

“Particular thanks are certainly due to the Australian Competition and Consumer Commission’s Rod Sims and his able team, along with Australian Prime Minister Scott Morrison and Treasurer Josh Frydenberg, who have stood firm for their country and for journalism.”

More in this category: « Nine signs $30m+ deal with Google for use of its news content Facebook blocks Australians from viewing, sharing news content »
Share News tips for the iTWire Journalists? Your tip will be anonymous