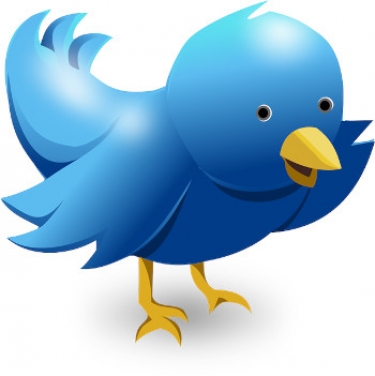 The new owner of Twitter, Elon Musk, has given an indication as to how he would run the company, tweeting out that the suspension of the New York Post's Twitter account in 2020 over a story about Hunter Biden was "obviously incredibly inappropriate".

Musk sent the tweet in response to one from Saagar Enjeti, co-host of the Breaking Points podcast, in which the latter pointed to an article about the reaction of Twitter's top lawyer, Vijaya Gadde, to the Musk takeover.

The Post article, about emails found on a laptop belonging to Hunter Biden, the son of US President Joe Biden, was published in October 2020. Twitter refused to allow the article to be posted and blocked anyone who tried to do so.

Facebook also reacted to the story by saying it would limit its distribution until it could verify the source material. To date, Facebook has not informed anyone about the result of its investigations into the emails.

Enjeti said in his tweet: "Vijaya Gadde, the top censorship advocate at Twitter who famously gaslit the world on Joe Rogan's podcast and censored the Hunter Biden laptop story, is very upset about the @elonmuks takeover." 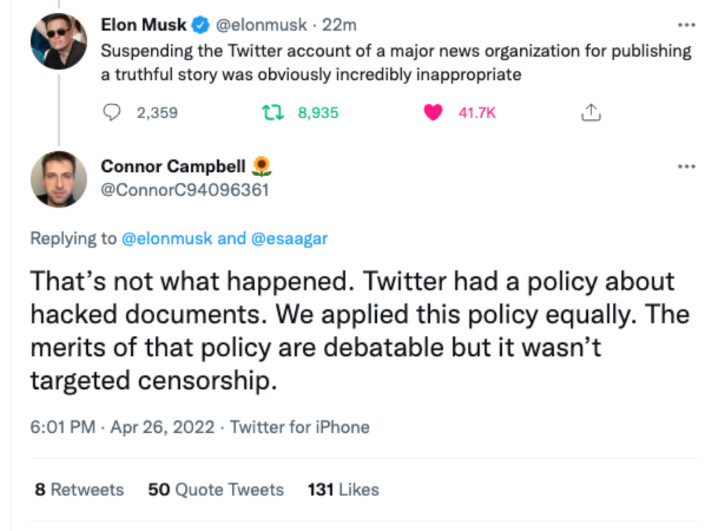 He linked to a story in Business Insider headlined Twitter’s top lawyer reassures staff, cries during meeting about Musk takeover.

In it, the authors pointed out that Gadde had advocated strongly for ensuring that Twitter’s policies protected its most vulnerable users while protecting free expression — a position that is at odds with Musk’s.

Appears deleted now but to be fair appears Connor does actually want to stay at Twitter under Elon pic.twitter.com/9LdOxF6TM3

He later deleted this tweet, leading Enjeti to comment: "Appears deleted now but to be fair appears Connor does actually want to stay at Twitter under Elon."

Twitter's policy on posting hacked materials was questioned in January this year when a group of attackers who claimed to have hacked the Belarus Railway posted proof of their exploit on the social media platform.

While mainstream media did not say much about the New York Post story at the time of publication, recently The New York Times and the Washington Post have both come out and acknowledged that the story was correct.

Musk's successful bid for Twitter has led to prophesies of doom from many people who claim that he will not be good for the platform.

Others have pointed out that nothing he could do would be worse than the type of censorship that the platform has indulged in under its former owners.

More in this category: « ACCC takes 'deceptive' Uber to court US may put China memory firm on blacklist for supplying Huawei »
Share News tips for the iTWire Journalists? Your tip will be anonymous