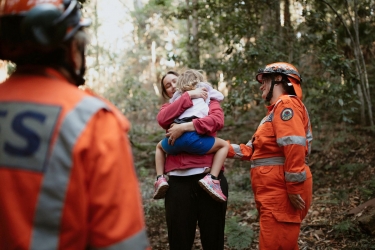 According to the NSW Government, next to Australia’s triple zero emergency hotline, the public safety network (PSN) is the most critical communications network in NSW—allowing emergency services to communicate and coordinate responses to critical incidents and disasters on a single shared network.

NSW Telco Authority managing director Kylie De Courteney puts into context the 250 PSN radio sites, saying it can now provide coverage an area greater than 356,000 km² or 44.5% of the state.

“Investment in radio communications infrastructure saves lives. By expanding the PSN, we are providing emergency services with the tools to stay safe as they protect the people and places of NSW,” she said.

The PSN is currently expanding. When completed, the PSN will include over 675 sites, covering 85% of the state’s landmass and reach 99.7% of the population.

De Courteney said much of this expansion had taken place in regional and rural communities including remote and rugged terrain.

“The network’s expansion in Northern NSW has meant that the hardest hit areas during the March floods, such as Lismore, had coverage in place which remained stable and operational throughout the crisis.”

“We are committed to providing a more efficient, resilient network for our first responders through the Critical Communications Enhancement Program (CCEP),” De Courteney concluded.

The delivery of 250 PSN radio sites brings closer to completion the one-third of the 675 sites under the $1.4 billion CCEP being delivered by the NSW Telco Authority.

This first appeared in the subscription newsletter CommsWire on 5 August 2022.