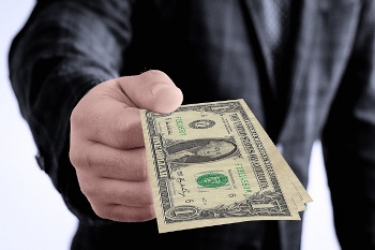 Microsoft has terminated employees and ended some of its partnerships in the Middle East and Africa as part of its investigations, following allegations of kickbacks and bribery in its operations in those regions.

The company told iTWire in response to a query: "We have a mandatory standards of business conduct course that every employee is required to take, which covers issues like these and coaches employees on ways to report concerns."

The allegations were made by former Microsoft senior director Yasser Elabd in a post on the site of the whistle-blowing agency Lioness.

Yasser met officials of the US Securities and Exchange Commission, the FBI and the US Attorney-General's office in June 2019 to discuss the allegations, according to a report on the site The Ptotocol.

Despite meeting for almost an entire day, the SEC put off a decision on whether it would act against the software behemoth. And at the beginning of March 2022, Yasser's lawyer was told that the case was being closed as the SEC had no funds to conduct the interviews needed and to find documentation outside the US due to the COVID=-19 pandemic.

In his post, Yasser said he had joined Microsoft in 1998 and helped sell the company's products over the next two decades and was successful in his endeavours, being promoted a number of times.

"But eventually, I noticed something strange: many employees younger than me, in lower positions, were driving luxury cars and purchasing homes sometimes worth millions of dollars," he wrote.

"For my part, I could not afford to buy a home, let alone anything else luxurious, despite my career success. I wondered, naively, whether these colleagues had families with money — but if so, why would they be working on a Microsoft sales team?"

Yasser said he had pushed these thoughts to the back of his mind as Microsoft's business boomed in both the Middle East and Africa.

"I established contracts in the public sector in Ghana, Nigeria, Zimbabwe, Qatar, Egypt, Ethiopia, Kenya, and many other countries," he wrote. I sold licensing and solutions to Saudi Arabia’s Ministry of Health, Ministry of the Interior, and National Guard.

"The Sub-Saharan Africa team I built generated US$1 million (A$1.33 million) in 2002; a year later, our revenue was over US$15 million. This is, of course, a tiny amount compared to the US $4 billion Microsoft now banks in the region, with its near monopoly."

To achieve such growth in a short time, Yasser said the company used a network known as Licensing Solution Partners who were allowed to speak to big public customers.

"Together with these partners, Microsoft brings e-health solutions to hospitals and GPS and digitised services (such as online tax payments) to government agencies," he pointed out. "The partner then takes a share of Microsoft’s licensing sales revenue, usually 10% to 15%."

One way that Microsoft closed such deals was to create a business investment fund to look after expenditure incurred by training or pilot projects that would bring in deals in the longer term. Yasser had oversight of the requests for these funds.

"When I looked through the submission, I immediately knew something was wrong. The customer did not appear in Microsoft’s internal database of potential clients. On top of that, the partner in the deal was under-qualified for the project’s outlined scope, and he wasn’t even supposed to be doing business with Microsoft: he had been terminated four months earlier for poor performance on the sales team, and corporate policy prohibits former employees from working as partners for six months from their departure without special approval.

"I brought these issues up with the Microsoft services architect who wrote the request, asking why she didn’t take the work in this case to our very capable in-house team, Microsoft Services. She said our in-house daily rate is very expensive, and she needed a less expensive team to handle the pilot.

"Still suspicious, I escalated the issue to my manager, and then to the human resources and legal departments. I took the business investment fund very seriously, and wondered why we would be giving money to a partner who could not achieve the desired results. The legal and HR teams put a stop to the US$40,000 spend, but to my surprise, did not look deeper into the Microsoft employees who were orchestrating the fake deal.

"Meanwhile, the woman’s manager sought me out, angry that I had bypassed him; I told him I was only following company policy. Soon after, he was promoted and became my manager. He immediately scheduled a one-on-one meeting, in which he told me our job is to bring as much revenue as we can to Microsoft.

"He added, 'I don’t want you to be a blocker. If any of the subsidiaries in the Middle East or Africa are doing something, you have to turn your head and leave it as is. If anything happens, they will pay the price, not you'.

"When I said I would not block anything unless it violated company policy, his tone took a sharp turn. He shouted that I was not capable of doing this business and couldn’t close deals. But my 18-year track record spoke for me.

"I requested a meeting with his boss, a vice-president. When I told her what had happened, she asked whether I had any personal issues with him, and suggested the three of us meet, but the meeting was never scheduled.

"So, I emailed Microsoft chief executive Satya Nadella and an HR executive to explain that I felt mistreated by this manager. The aforementioned vice-president immediately got back in touch with me, to say that by escalating the matter to Nadella, I had just 'booked a one-way ticket out of Microsoft'."

After this incident, Yasser alleged that he began to be left out of important deals. When he tried to complain about his, nothing happened.

"A general manager told me people panicked when I came to the subsidiary offices, and I had become 'one of the most hated persons in Africa'. Only later did I realise this was because I asked too many questions; I was stopping people from skimming money off their deals," he wrote.

"Eventually, Microsoft put me on a 'performance improvement plan', even though I was one of the highest performers on the team. When I refused to acknowledge the plan, the company ended my employment in June 2018 and gave me two months’ notice."

Yasser said anybody who had closely followed Microsoft's history would not find his allegations a shock.

"In 2019, the company paid a penalty to the US Government of US$25.3 million for allowing bribery and kickbacks in Hungary, Saudi Arabia, Thailand, and Turkey. At the time, Microsoft president Brad Smith proclaimed publicly that the 'improper payments' were an 'unacceptable' practice, and that 'there is no room for compromise when it comes to ethical business practices'.

"One term of the 2019 settlement with the Department of Justice was to terminate a contract with a specific partner. Although Microsoft formally terminated the contract, it is still working with this partner through a third-party company — and still engaging in bribery and kickbacks in other countries."

He said he was shocked that both the SEC and the DoJ had not investigated Microsoft over these alleged practices in the Middle East and Africa.

In the statement sent to iTWire, Becky Lenaburg, vice-president and deputy general counsel, Compliance & Ethics at Microsoft, said: "We are committed to doing business in a responsible way and always encourage anyone to report anything they see that may violate the law, our policies, or our ethical standards.

"We believe we've previously investigated these allegations, which are many years old, and addressed them. We co-operated with government agencies to resolve any concerns."

More in this category: « Australian sites crashed on Tuesday due to DNS errors New Europe laws set heavy fines for big online platforms »
Share News tips for the iTWire Journalists? Your tip will be anonymous