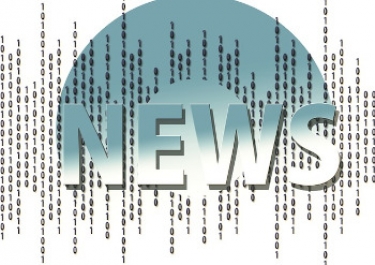 With Parliament having just another eight days to sit this year, the bosses of Australia's media organisations have sought to pressure politicians into getting the promised news media code passed before they rise for the year on 10 December.

A statement was published in all major newspapers and also put online on Monday, urging the government not to forget its commitment to make the digital platforms — Google and Facebook — pay for the use of Australian news content on their platforms.

The media bosses said a "fair and reasonable News Media Bargaining Code" should include the following:

"Final offer arbitration – this clear and straightforward arbitration model limits incentives on each party to make ambit claims. This is a far more appropriate model than the more traditional slow and expensive arbitration approaches.

"Strong protection against discrimination – in other jurisdictions Google has used its bargaining power to avoid making a fair contribution towards the cost of content creation. Facebook has threatened to do the same in Australia. The Code must include protections against these unreasonable tactics.

"Cover all services – The code must apply to the full suite of products offered by Google and Facebook, including Google Search and its variants, Facebook News feed, and Instagram.

"Information exchange – The digital platforms must be required to exchange all relevant information with news media businesses that is required for a fair and balanced commercial negotiation."

While both Google and Facebook have reacted to the move by the Australian Competition and Consumer Commission to draft the code, Facebook has not made any comment lately.

The most recent reaction from Google was through its vice-president for Australia and New Zealand, Melanie Silva, in a blog post dated 15 November. Prior to that, Silva posted something on the topic on 11 October.

But that was a reiteration of earlier statements, in which she made it clear that the company opposed several elements of the ACCC draft, especially the arbitration model.

They said the ACCC had conducted a thorough study of the relationship between the digital platforms and the Australian media and "concluded that the decline over time in public interest journalism outlets in Australia resulted from a drop in traditional media advertising revenues".

"Google and Facebook generate significant revenues by collecting data on those users and turning it around in highly targeted advertising. This makes news content hugely valuable for the digital platforms. Yet Google and Facebook do not currently pay Australian media companies for this valuable content.

"Australian media companies can’t avoid using the digital platforms to reach news consumers. Conversely, no single individual media business is critical to the platforms. The result is a significant imbalance in bargaining power.

"That’s why we need a News Media Bargaining Code. To survive, local news media businesses must be able to negotiate a fair contribution to the cost of creating content that directly contributes to significant local profits made by Google and Facebook."

A copy of the statement has been sent to all federal MPs.

More in this category: « News media code set to be made law before Parliament rises for the year E-commerce businesses sign up to new product safety pledge: ACCC »
Share News tips for the iTWire Journalists? Your tip will be anonymous