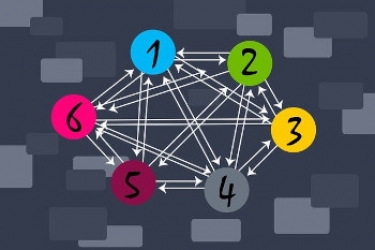 The Australian High Court has ruled that Google cannot be held liable for defamation for merely linking to content on the Web, finding that it could not be deemed to be a publisher in such an event.

The ruling on Wednesday came after the search company appealed against a Victorian Supreme Court ruling in favour of a Melbourne lawyer, George Defteros, who has acted in the past for underworld figures, including the late Carl Williams.

Defteros was the subject of an article in the Melbourne newspaper, The Age, in 2004 when he was charged with conspiracy to murder and incitement to murder the day before the story was published. The charge was retracted in 2005.

He sued Google after becoming aware that a search for his name brought up the article in question, along with a snippet from it.

Defteros requested in 2016 that the company take down the article, but Google refused. He then took the company to court.

A Victorian Supreme Court ruling ordered Google in 2020 to pay Defteros $40,000. But, with a 5-2 majority, the High Court found that Google could not be held to have published the defamatory material.

In its judgment, the High Court said: "When the hyperlink to the... article appeared, the search engine was operating in precisely the way its designers intended.

"But the appellant's role in that conveyance rose no higher than that of mere assistance or facilitation. When the appellant provided a list of search results and snippets through the processes described above, it had no common intention shared with The Age for the publication of the... article any more than it had a common intention shared with those responsible for web pages listed in the many other search results and snippets."

The judgment said the critical step that resulted in publication was that of an individual searching and clicking on a chosen hyperlink.

"The role of the appellant rose no higher than a mere facilitator because the appellant had no common intention shared with The Age that the searcher click on the hyperlink to the... article," it said.

"In that respect, a clear distinction must be maintained between the act of publishing the selection of search results and snippets, which the appellant does, and the act of conveying material on third-party web pages.