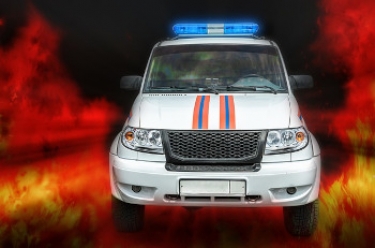 Image by ds_30 from Pixabay

In what is a snub to the technology industry at large, the Coalition Government has re-introduced the Security Legislation Amendment (Critical Infrastructure) Bill 2020 into parliament for a second reading, not long after three major tech industry bodies urged a significant revision of the bill before it is voted on.

But the government has ignored this plea and followed the advice of the Parliamentary Joint Committee on Intelligence and Security which, on September 30, recommended that the bill be split in order to pass what it characterised as "urgent reforms".

The PJCIS made 14 recommendations about the bill, including that it be split into two parts, saying:

Last Thursday, the Information Technology Industry Council, the Australian Information Industry Association and the Cybersecurity Coalition wrote to Home Affairs Minister Karen Andrews, saying that while their members shared the government's commitment to protecting critical infrastructure against cyber threats, the bill remained "highly problematic and largely unchanged despite extensive feedback from our organisations".

Companies which operate in these sectors would have to compulsorily report to the government if they suffered cyber attacks and also allow government security experts to step in and do what whatever was deemed necessary to stop an attack progressing.

But the FBI only acted after obtaining court orders; it then accessed hundreds of vulnerable machines in the US and removed Web shells.

The Australian bill does not require any court order for intelligence agencies to act in this manner.

Technology firms have pointed out, during the PJCIS hearings, that government intervention of this kind could often make matters worse. But that appears to have fallen on deaf ears.

The Opposition Labor Party backed the bill, with its defence spokesman, Brendan O'Connor, saying on Wednesday: "In supporting this legislation, Labor is relying upon the intention stated in the bill and as given by the department and indeed by agency heads – that these powers will only be used as a last resort.

"With that in mind, it is very important to emphasise that the PJCIS will be notified and briefed each and every time the government enacts this power and will conduct a full review of the legislation when additional critical infrastructure reforms are introduced by government.

"In evidence provided to the committee, witnesses overwhelmingly indicated their willingness to co-operate with the Australian Signals Directorate."

Vince Connelly, the Liberal member for Stirling in Western Australia, expectedly backed the bill, saying: "Entities will also now be required to report cyber security incidents to the ASD, which will enable the latter to build a better picture of the threat environment surrounding Australia's critical infrastructure.

Labor's Tim Watts, the shadow assistant minister for Communications and Cyber security, cited comments made by an Amazon Web Services representative during the PJCIS hearings, pointing out that a company representative had said, "... there is a deeper underlying assumption in the entire bill here that seems to be this: if something bad happens to a critical piece of Australia's infrastructure, then the government is capable of stepping in and fixing that bad thing. In many instances, we think there's a really big risk of the government stepping in and misunderstanding how the regulated entity operates, and maybe making things worse—so creating more or new problematic security incidents than are at risk in the process."

He also referred to comments made by a Microsoft representative during the hearings: "Microsoft explained the risk of installing foreign software on a network and said: 'Doing so in the context of the data storage or processing sector with hyperscale cloud providers – these are interdependent systems. They will introduce vulnerabilities. We think it's going to potentially be a source of substantial third-party risk that we may have to mitigate for from the government if there is uncertainty on how these powers may be used'."

Watts referred to what Google had said during the hearings as well: "Similarly, representatives of Google said: 'What we need is information and collaboration, because the only software that's safe to operate in a Google or hyperscale cloud environment is our software and our systems that have been tested and vetted'."

However, Watts did not raise any objection to the passage of the bill.

More in this category: « Monitor in ZTE case trying to get his term extended US firms allowed to ship goods worth US$103b to Huawei, SMIC »
Share News tips for the iTWire Journalists? Your tip will be anonymous