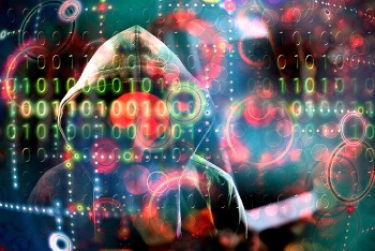 The Federal Government has ignored the pleas of technology industry bodies and passed a bill that will enable it to take control of private infrastructure as a last resort in the event of a cyber attack.

The Security Legislation Amendment (Critical Infrastructure) Bill 2020 was passed by the Senate on Monday night, with both the major parties backing it.

The Greens dissented, terming the bill a “greedy little power grab” which did not have the backing of key stakeholders.

After the bill was examined by the Parliamentary Joint Committee on Intelligence and Security, it said, on 30 September, that the legislation should be split up into two, in order to pass what it characterised as "urgent reforms".

"We are disappointed by the recent report... which recommended that the elements of the bill which caused the most concern for industry stakeholders — namely the government assistance powers granted under Part 3A and incident reporting obligations — be fast-tracked and pushed through as a separate bill, without further public consultation," the three organisations said.

The law greatly increases the sectors that are covered by the law, to include communications, financial services, data storage and processing, defence industry, higher education and space technology.

But the Australian bill does not require any court order for intelligence agencies to act in this manner.

Scott McKinnel, ANZ country manager for security shop Tenable, said the bill that had passed was an important step forward in protecting the Australian way of life.

"The extension of its definition, from four sectors to a further 11, is key because as we've seen recently, attacks on any of these environments can have dire consequences," he said.

"Many facilities are increasingly interconnecting their operational technology and IT networks to drive innovation. However, they are in desperate need of physical updates because many of these industrial control systems were not built with security in mind. This leaves them vulnerable to attacks which can quite literally shut down operations and trickle into the supply chain.

"While we still have concerns surrounding mandated government assistance powers granted in the Bill, one possible way around this would be for industry to install their own monitoring software that meets government standards instead and share the resulting data with the appropriate government entities.

"Greater emphasis on international collaboration, assessment of risk and collaborative incident response capabilities to tackle the ever-evolving threats can go a long way in bolstering the ability of industry and governments to prevent the most advanced attacks. It's equally critical that security requirements are grounded in consensus-based international standards to ensure alignment with global best practices."

"If recent critical infrastructure attacks have taught us anything, it's that incidents don't only affect the business, the implications are felt society-wide. When it comes down to it, neither government nor industry can tackle this challenge alone, it takes collaboration and co-operation from both sides."

More in this category: « NZ’s Commerce Commission issues caution to consumers buying online for Xmas Fears about real agenda behind Online Safety Bill after US podcast »
Share News tips for the iTWire Journalists? Your tip will be anonymous