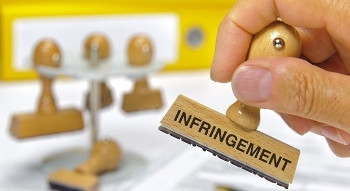 A federal jury in Texas has ordered Google to pay US$20 million to an inventor and his partner for infringing on three anti-malware patents in its Chrome browser.

A jury verdict on Friday, after a four-day trial, opted for a rolling royalty, rather than a lump sum for the infringement.

A report at Law360 quoted the plaintiffs' lawyer Eric Benisek as saying that the US$20 million would cover the last four years of the patent. Royalties would continue to be paid for the next nine years until the patent expired, meaning a total of about US$65 million would be paid in all.

The case was filed in 2013 by Alfonso Cioffi and the family of Allen Frank Rozman, his late partner. It was dismissed in 2014 after the plaintiffs agreed they could not win based on the way the court interpreted the patents.

But on appeal, the plaintiffs won in the Federal Circuit court. Google then sought a hearing by a full bench but was denied. The search giant then tried to get the Supreme Court to review the decision but was met with refusal.

Patent cases are often heard in Texas because the dockets move fast through the courts and the court system is perceived to be friendly to plaintiffs, according to the Law360 report.

Judge Benisek said it was unusual to have a case where the plaintiffs actually were from Texas.

Google issued a statement to Law360, saying: "We remain confident that the patents here are invalid, and that Google Chrome does not infringe. We are evaluating our options."

More in this category: « Oracle kicks off next stanza in fight against Google CHOICE wants govt to allow online credit card cancellation »
Share News tips for the iTWire Journalists? Your tip will be anonymous