Google sold AI to customs for use at US-Mexico border: report Featured 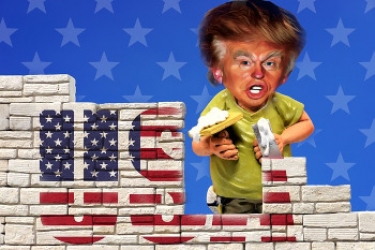 Image by adamtepl from Pixabay

Despite protests from its staff in the past leading to its pulling out from controversial US Government projects, Google has now made a deal for its artificial technology to be used by the Trump administration to fortify the US-Mexico border, The Intercept reports, based on documents obtained under a FOIA request.

The website said the US Customs and Border Protection had decided to use Google Cloud technology in August and deploy it through the CBP Innovation Team which is working to devise a virtual wall that has both surveillance towers and drones. The Intercept's long and detailed investigative report is well worth a read.

In April 2018, Google came under pressure from some of its staff after it became known that it had signed up to assist a Pentagon mission known as Project Maven to provide the military with AI technology to better identify images on the battlefield.

More than 3000 employees signed a letter that was made public. In May, a dozen Google employees quit the company to protest against its involvement in Project Maven.

In May, a dozen Google employees quit the company to protest against its involvement in Project Maven.

Intercept reporters Sam Biddle and Lee Gang wrote that the documents they had obtained showed that Google's work with the CBP was being done through a third-party firm named Thundercat Technology.

The FOIA request was made by research group Tech Inquiry which has been set up by Jack Poulson, an ex-research scientist at Google who quit over issues of ethics.

The report said the deal also brought Google into the circle of a tech executive who was one of US President Donald Trump's biggest boosters. This man, Palmer Luckey, runs a start-up known as Anduril Industries which operates sentry towers at the US-Mexico border.

At least two other big tech firms have faced protests from their employees over working with US border control and law enforcement authorities.

Biddle and Fang wrote that they has asked Google, Anduril, CBP and Thundercat for comment but received none.

“Without these infrastructures, Palantir and Anduril couldn’t operate as they do now, and thus neither could ICE or CBP. It’s extremely important that we track these enabling relationships, and push back against the large players enabling the rise of fascist technology, whether or not this tech is explicitly branded ‘Google'.”