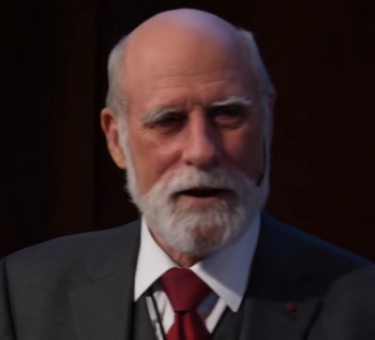 Vint Cerf: "Digital platforms do not owe publishers compensation for the emergence of an Internet-based economy." Courtesy YouTube

Australian news businesses that are arguing for a news media code to ensure that digital platforms pay for their content are trying to turn back time and make the Internet much less open and its business models less diverse, the Internet pioneer Vint Cerf, a Google vice-president and Internet Evangelist, claims.

In a blog post published on Monday as part of Google's campaign against the code — which is expected to be introduced in Parliament before 10 December — Cerf, who developed the TCP/IP routing protocol along with Robert Kahn, said it was not Google that had caused newspapers to lose their revenue from digital advertising.

"It is because in a much more open and diverse digital market, news businesses began to face competition from websites that have taken classified advertising online, including Australian platforms like SEEK and Domain," he claimed.

"In Australia, recent research from AlphaBeta makes [it ] clear that these companies have contributed to the vast majority of the recent decline in newspaper revenues.

Australian Federal Treasurer Josh Frydenberg announced on 31 July that a mandatory code would be drafted by the Australian Competition and Consumer Commission to make digital platforms pay for the news content they used from local publishers, as the creation of a voluntary code was not making any progress.

He added that Google and Facebook would have to fork out big fees to traditional news outlets, or face fines of up to 10% of their local turnover which could come to as much as $10 million.

The draft that ACCC chairman Rod Sims has drawn up is being tweaked and the two sides — the media companies and the digital platforms — have been trying to bring pressure to bear on the government to pass a law that is in their favour.

Google's vice-president for Australia and New Zealand, Melanie Silva, has written several blog posts, pushing the company's point of view, while Facebook has threatened to stop allowing Australian residents and publishers to share local and international news on the site if the ACCC's draft becomes law.

Cerf said: "It would be no more reasonable to try to return to an environment where publishers’ revenues were protected than it would be to expect Australians to go back to the Yellow Pages, Encyclopaedia Britannica or Microfiche for their sources of information.

"The world has changed. Yet, in advocating a code that serves their interests only, certain Australian news businesses are effectively arguing for the Australian Government to turn back time - to make the open Internet significantly less open and its business models dramatically less diverse."

He claimed the premise of the code and its approach were "deeply flawed", adding, "Digital platforms do not owe publishers compensation for the emergence of an Internet-based economy. And undermining the foundations of a democratic Internet is not a sustainable solution to one industry’s economic challenges."

As the Internet expanded and evolved, Cerf said, rules needed to be created that would enable governments to keep pace and also, if needed, to keep people from harm.

"The draft news media bargaining code is not this kind of regulation. On the contrary, it is an intervention that would distort access to information and disadvantage Australians who rely on Google to share their voice and run their business," he said.

"It would introduce bias into systems that were designed to be fair, and undercut a democratic Internet where people compete not on their political influence, but on the value of their content."

More in this category: « Google may be hit with second anti-trust suit next month: report UK group wants Google's 'privacy sandbox' tech launch delayed »
Share News tips for the iTWire Journalists? Your tip will be anonymous