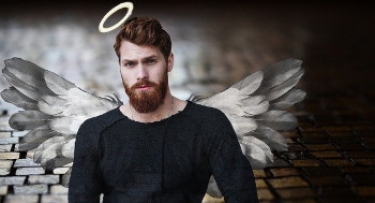 Google is pleading what could be characterised as the "nice-guy defence" in its bid to reduce a €4.34 billion (US$5.02 billion, A$6.94 billion) fine imposed on it by the European Union in 2018 for allegedly breaching anti-trust rules relevant to Android, by saying it never intended to harm its rivals.

Bloomberg quoted the search giant's lawyer Genevra Forwood as telling the European Union's General Court in Luxembourg on Thursday that the company "could not have known its conduct was an abuse" when it cut deals for the use of Android.

At the time the fine was imposed, the EU said the company would have to end its alleged breach of antitrust rules within 90 days or pay a penalty of up to 5% of the average daily turnover of its parent company, Alphabet.

Google has now racked up more €8.2 billion in fines from the EU, with a €2.4 billion fine being levied in 2017 for allegedly abusing its search engine dominance to give illegal advantage to its own comparison shopping service. The company has appealed the decision.

Forwood gave the court another option: reduce the record fine because it was calculated based on ad revenue from Google's home page, a website that not directly linked to Android phones. 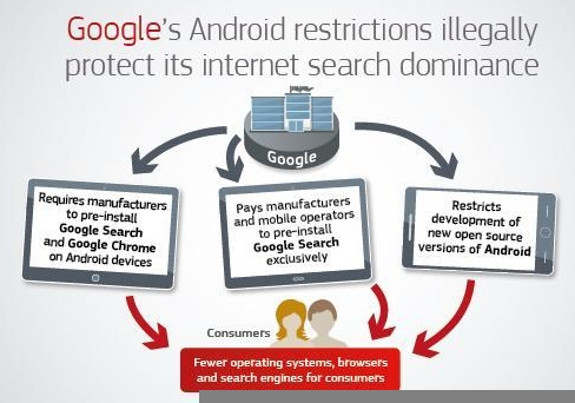 But the European Commission's lawyer Anthony Dawes was scornful of this approach, saying the fine was just 4.5% of Google's revenue in 2017 and much lower than a 10% cap.

Forwood's argument was similar to that of a driver who kills a pedestrian and then claims in court that there should be no penalty because he/she did not intend to kill anyone.

She said Google had no anti-competitive intent and it could not have known its conduct was an abuse, as there was no judicial precedent.

"So it was wrong for the Commission to impose any fine at all, let alone turn up the dials to reach its biggest fine ever," Forwood said.

In a detailed statement at the time the fine was imposed, the EC, the executive arm of the EU, said Google:

The hearings began on Monday and the court is expected to issue a decision next year. Google has been contacted for comment.

More in this category: « Do Not Call register subscription fees to increase EU to file anti-trust suit against Apple over NFC chip: claim »
Share News tips for the iTWire Journalists? Your tip will be anonymous