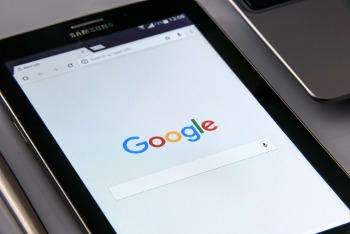 Any narrative about monopoly practices is deemed a threat by Google because it has just had to give in to the European Union on a big case, according to Barry Lynn, a former employee of the New America Foundation think-tank who lost his job recently after he criticised the search giant.

In a detailed interview with The Verge, Lynn, who worked for the Open Markets group at the think-tank which is funded by Google, said apart from the search monopoly case — which Google ceded — there were other cases coming down the pipe, all of which accused Google of monopolistic practices in various areas.

"This is a fight that they’re in right now, and they’re desperate to keep that fight out of the United States," Lynn told The Verge.

"They want to keep that in Europe. Anti-trust is kryptonite for a super-large corporation like Google. You bring anti-monopoly up with them and it takes away all the special powers they have."

Lynn's comments come in the wake of accusations made by Jon von Tetzchner of the Opera and Vivaldi browser projects that Google pulled AdWords for his product after he had criticised the company's data-gathering practices.

Prior to that, a journalist claimed that she had been forced to pull an article about Google's search practices six years ago due to pressure from the company.

In the interview, Lynn said Google feared not just the fine - the EU asked the company to pay US$2.4 billion - but the threat of future fines if the same behaviour continued.

"They gave a fine that was to get their attention, to prove that they were serious, but it wasn’t just a one-time fine. The message was, 'You can’t do this anymore, and if you continue to do this, we are going to come back and fine you more'," he said.

"It’s the permanent prohibition on certain types of activities, the taking away forever of a licence that they had, that is getting them upset.

"And we should applaud it, because the taking away of that licence means that this technology is going to become less threatening to us as a public and these technologies will become more useful to us."

The EU hit Google with a fine of US$2.7 billion in June and asked the company to end its alleged monopolistic search practices within 90 days or else face penalties of up to 5% of the daily worldwide turnover of Alphabet, its parent company.

In July, the EU said that Google could also face a fine over how it pays and limits mobile phone providers who use its Android mobile operating system and app store.

And a third investigation, into Google's Adsense advertising service, may also result in a fine; the EU is said to have made a preliminary determination that Google has abused its dominant position.