Google does not rule out pulling additional services from Australia Featured 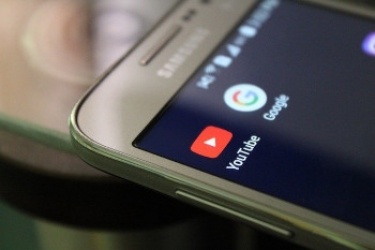 Image by Irfan Ahmad from Pixabay

Google has refused to rule out the possibility that it will pull other services apart from search from Australia in the event that the Federal Government goes ahead and legislates its News Media and Digital Platforms Mandatory Bargaining Code which was introduced into Parliament in December last year.

The company had been asked the following question at a Senate Committee hearing on 22 January, which it took on notice: "Does your threat to leave the Australian market include other Google services such as, Google Maps, Google Pay, YouTube, Gmail etc.? In your evidence you said that Google services were aggregated financially. Does that mean you will exit all services? If not, why not?"

"With straightforward amendments there is a path to a workable Code that provides a framework in which Google can pay publishers for value under the Code, without undermining Google Search and the fundamental principle of being able to freely link to content on the Internet.

"At this stage, we are still understanding the implications of removing Search on our other services." Longford's answer was made public on Wednesday, along with a few other queries which were also taken on notice.

During the same hearing, a submission tabled by Dr Belinda Barnet, a senior lecturer in media at Swinburne University of Technology, questioned Google's claims that the Code, if implemented, would break the way the Web operates.

Dr Barnet, who says she has 20 years researching, writing about, and making digital media, and has published a book on the history of hypertext, said: It is the idea that this legislation will 'break' the way the Web works. As you have heard, when the web was conceived decades ago it was indeed based on some fundamental principles of freedom and openness, transparency, and open linking.

"But that is not the Web we have anymore. Rather than a decentralised, equitable space, we now have a Web that is controlled by a couple of major platforms who trade in your data. That is the reality.

"Links from or in these platforms, particularly Google and Facebook, are not 'free', not in the sense that they were when first implemented on computer screens. They cost you something: the price is your data. Just hovering over an article or a snippet or any piece of content on these platforms costs you data."

The Code, introduced into Parliament on the last sitting day of 2020, was watered down somewhat before being presented to legislators, after objections from Google and Facebook.

The Code was initially intended to be a voluntary one, but when the two digital platforms were seen dragging out talks with the Australian Competition and Consumer Commission, the government ordered that a mandatory code be drafted.

After Google issued a threat that it would pull its Search service from Australia if the bill as presented was made law, Prime Minister Scott Morrison had a video chat with Alphabet and Google chief executive Sundar Pichai on 4 February.

The following day, Google launched its News Showcase in Australia, a product that was announced in October 2020, but not introduced Down Under due to the company's stoush with the government over the news media code.

The Senate Committee is due to release its findings into the Code by Friday (tomorrow).

More in this category: « Google launches News Showcase in Australia a day after Morrison call Senate panel not expected to propose changes in news media code bill »
Share News tips for the iTWire Journalists? Your tip will be anonymous