Google announces deal to pay for news in Australia, Brazil and Germany Featured 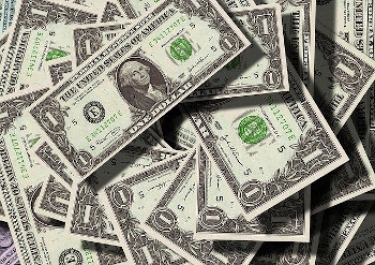 Search behemoth Google has announced a licensing program to pay publishers in Germany, Brazil and Australia for what it describes as a "new news experience launching later this year".

Brad Bender, the company's vice-president of Product Management in the news division, said in a blog post on Thursday, that the company had signed agreements with local and national publications in the three countries mentioned.

He said where available, Google would also offer to pay for free access so users could use paywalled content.

Nine Entertainment's The Age said Australian Community Media, which owns more than 100 regional titles, was in talks with Google about the deal while Schwartz Media, publisher of The Saturday Paper, Private Media, the publisher of Crikey and Solstice Media's InDaily and InQueensland had already signed deals.

News Corporation, one of the companies at the forefront of pushing digital platforms to pay for the use of Australian content, was not convinced by Google's initiative.

The group's Australasia executive chairman, Michael Miller, was quoted in the Herald Sun as saying he welcomed “the fact that Google has finally recognised it needs to pay for news”.

But he raised questions about both Google's timing and sincerity. “It’s difficult to avoid the conclusion that this is a politicised PR exercise and that Google has struck deals with publishers that reflect its views and stance on social issues,” Miller said.

“These deals show that Google is willing to negotiate directly with small publishers and that makes the work the ACCC is doing to frame a code of conduct that protects publishers in those negotiations more vital than ever. It must be made to negotiate on level terms with all genuine news publishers.”

This follows an inquiry by the ACCC in 2018, the results of which were released to the government in June last year. The findings were made public in July.

At that time, the government said it would give its response by the end of the year; when it did so, it asked the ACCC to work along with digital platforms like Facebook and Google to develop a voluntary code so that publishers were not disadvantaged.

Google Australia managing director Mel Silva had also said that when an ad was brought up next to a clip from a news post, the company only made money if the user who carried out the search clicked on the ad.

Bender's post quoted Stefan Ottlitz, the managing director of Germany's Spiegel Group, as saying: "We are always keen to explore innovative ways to attract readers to our high-quality content.

“This interesting new partnership with Google will allow us to curate an experience that will bring our award-winning editorial voice into play, broaden our outreach and provide trusted news in a compelling way across Google products.”

Geraldo Teixeira da Costa Neto, chief executive of the Brazilian regional media company Diarios Associados, said the company was proud to get involved in this initiative.

“From our side, we will do everything in our power to make this platform prosper and to be a compass for society to seek information from a safe and reliable source in times of challenges,” he said.

No major news publishers in Australia were quoted in Bender's post, but Paul Hamra, the managing director and publisher of InQueensland and InDaily, was cited as saying: "With local news under stress, finding new channels and new audiences for our premium content, in safe and curated environments, is a high priority. This opportunity will give us access to new markets and provide additional commercial benefits.”

In April, it was reported that Google had agreed to comply with a ruling in France that it must pay publishing companies and news agencies for re-using content they produce.