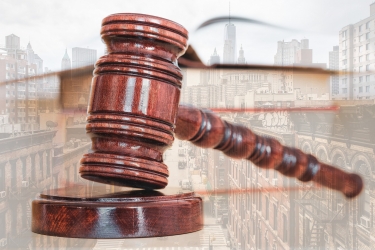 Limni Enterprises, formerly known as Red Telecom, has been fined $450,000 for allegedly failing to pay $63,000 to seven customers.

According to an ARN report, the Australian Communications and Media Authority (ACMA) initiated Federal Court proceedings in December 2019 for failing to comply with the Telecommunications Industry Ombudsman's decision to pay $63,000 to seven customers—six businesses and one individual.

According to the ACMA, in October 2020, Red Telecom's customer base was sold. Then it changed its name to Limni Enterprises and went into liquidation.

Despite this, the Federal Court still maintained there was still strong public interest to impose penalties on the telco reseller and Kontaxis.

ACMA chair Nerida O'Loughlin stressed all telcos supplying services to residential and small business customers in Australia must join the TIO scheme and must comply with the Ombudsman.

“This judgment serves as a reminder to members of the TIO Scheme that there are serious consequences for failing to comply with the TIO Scheme. It also makes it clear that directors who are responsible for ancillary contraventions may receive tough penalties, even where the company goes into liquidation," she said.

“The Court has sent a clear message that failing to comply with a TIO decision will result in penalties that provide a clear deterrent," she added.

According to the same ARN report citing court documents, Kontaxis thought that TIO decisions could be "overturned" and likened it to a parking ticket, saying, "just like you get anything else in life, there is an avenue for appeal."

Justice Melissa Perry, the ruling judge of the case, said Red Telecom demonstrated a lack of respect for the TIO scheme, a lack of consideration for customers, and failed to cooperate with the ACMA until it was too late.

Her Honour considered that there was a culture within Red Telecom that was “antithetical to compliance” and accepted the ACMA’s submission that “the conduct must be discouraged in the strongest possible terms."

This first appeared in the subscription newsletter CommsWire on 14 July 2022.

More in this category: « Bank of Queensland pays penalty for alleged breach of Consumer Data Right Rules Interference management tools ‘not endorsed’: ACMA »
Share News tips for the iTWire Journalists? Your tip will be anonymous