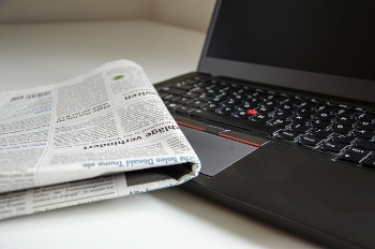 Image by Simon from Pixabay

Meta, the parent company of social media giant Facebook, has threatened to block the sharing of news feeds in Canada — similar to what it did in Australia — if Ottawa legislates to force it to pay news outlets for their content.

Meta Canada Media Partnerships chief Marc Dinsdale said in a blog post on Friday that Canada's Online News Act did not properly represent the relationship between platforms and news publishers.

"...we call on the government to rethink its approach to help create a more fair and sustainable news industry in the long term," he said.

Dinsdale claimed the company had not been given an "invitation to participate" in discussions on the bill, "particularly given public comments by lawmakers that this law is targeted at Facebook".

He said Meta did not scrape content or links to news content. Additionally, posts with links to news articles made up less than 3% of what people saw in their Facebook Feed "and Canadians tell us they want to see less news and political content".

"We have repeatedly shared with the government that news content is not a draw for our users and is not a significant source of revenue for our company," Dinsdale added.

In 2021, when the Australian Government tried to push through a News Media Bargaining Code, digital platforms, chiefly Facebook and Google, lined up in opposition.

The code was derived from the Australian Competition and Consumer Commission's Digital Platforms Inquiry report which was handed to the government in June 2019.

Negotiations between digital platforms and news organisations went on for a while, with the provisions for the code being passed into law in February 2021.

But there was plenty of resistance from the digital platforms and though Google took a more low-key stance, Facebook upped the ante and blocked the ingress of news content into Australia.

The government hurried to placate Facebook and made numerous changes to the legislation after which the social media company reversed its block on content.

In his post, Dinsdale shared a number of concerns Meta had about the bill, among "the true division of value between platforms and publishers; the unintended consequence of payment for free marketing; stifling of innovation; and the need for a broader list of witnesses".

Said Dinsdale: "Canada is incredibly important to Meta. Canadians will always be able to use Facebook to connect with friends and family, to help build communities and to grow their businesses.

"But faced with adverse legislation that is based on false assumptions that defy the logic of how Facebook works, we feel it is important to be transparent about the possibility that we may be forced to consider whether we continue to allow the sharing of news content in Canada."