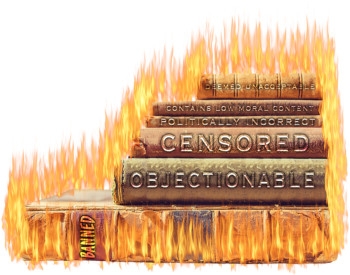 A former software engineer at Google claims he was taken off a project to write code to censor news articles in China in 2006 when he refused to do so.

In a series of tweets, Vijay Boyapati said Google had found someone else to do the job after he objected. He added that since Google always retained the emails of old employees who had left, "these details should be able to be corroborated if necessary".

During the years from 2006 to 2010, Google had a search engine operating in China. The company pulled out of the country after its servers were hacked.

Boyapati's revelation comes in the wake of news that Google has plans to return to China and operate a censored search engine once again.

Since this is getting some attention, I want to explain what happened in more detail.

At the time Google was censoring Web results, but this was widely known. It was a conscious decision: being in China and censoring was better for the Chinese people than not being there at all.

A letter circulated about the "urgent moral and ethical issues" surrounding the project is said to have been sent around inside the company.

Boyapati said: "At the time, Google was censoring Web results, but this was widely known. It was a conscious decision: being in China and censoring was better for the Chinese people than not being there at all.

"Or at least that was the rationalisation. It was not widely known that Google intended to censor news in China. So I got up at an engineering 'all hands' meeting (few hundred people) and complained about what we were going to do. Ironically, I got some applause for this."

He said nothing came of his complaint right away. He then emailed then chief executive Eric Schmidt to complain. "He referred my complaint to Alan Eustace who was a senior vice-president of engineering at the time. Nothing came of it and the policy of censoring went ahead."

Boyapati added: "It was only a while later that [Google co-founder] Sergey Brin pressed for Google to leave China. His childhood experience growing up in the Soviet Union under an oppressive regime obviously influenced his thinking on this.

"It's a more than a little ironic to see a recent video of Googlers in open anguish at [2016 Democratic presidential contender] Hillary Clinton losing the recent US election, while simultaneously working to aid an oppressive regime overseas," Boyapati said, referring to a video published by the right-wing website Breitbart recently.

The video, of one of the weekly meetings that are known as TGIFs — or Thank God It's Friday meetings — was used by Breitbart to highlight exactly how much those who run Google are anti-Trump.

Since The Intercept's first report, on 1 August, Google has made no public statement about the project, though it has been asked for a statement on more than a dozen occasions.

iTWire has sought comment from Google about Boyapati's claims and the whole plan to return to China.