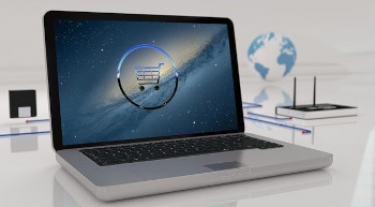 The European Union has taken aim at Apple for its refusal to open its mobile payment system to its rivals, accusing the company of restricting access to the technology used for mobile wallets.

The European Commission, the executive arm of the EU, said on Monday it had formed a preliminary view that Apple had abused its dominant position in markets for mobile wallets on iOS devices. It said these practices dated back to the launch of Apple Pay in 2015.

"By limiting access to a standard technology used for contactless payments with mobile devices in stores (‘Near-Field Communication (NFC)' or ‘tap and go'), Apple restricts competition in the mobile wallets market on iOS," the EC said in a statement.

It said that this was to the benefit of Apple's own pay service, Apple Pay.

The EU is set to enforce a set of rules known as the Digital Markets Act next year, which will force Apple to open up its close ecosystem. Under the DMA, big online platforms can be fined up to 10% of their global turnover if they do not fall in line. The DMA was put in place in March.

The DMA will allow fines of up to 20% of global turnover for repeated infringements.

One Australian company that will be glad to hear of the EC move is Commonwealth Bank, which has tried for a long time to get Apple to give it access to the mobile wallet technology.

Back in November last year, an Australian parliamentary panel told CBA chief executive Matt Comyn it was not convinced that there was any need for regulatory intervention at this time.

The Parliamentary Joint Committee on Corporations and Financial Services, which was looking at Mobile Payment and Digital Wallet Financial Services, said: "Ultimately, while the committee is concerned that Apple’s business practices in this respect may have restricted competition and limited some innovation in this space, the committee is not convinced of the need for regulatory intervention at this time."

The EU appears to have a different view. EC executive vice-president Margrethe Vestager, who is in charge of the bloc's competition policy, said: "Mobile payments play a rapidly growing role in our digital economy. It is important for the integration of European Payments markets that consumers benefit from a competitive and innovative payments landscape.

"In our Statement of Objections, we preliminarily found that Apple may have restricted competition, to the benefit of its own solution Apple Pay. If confirmed, such a conduct would be illegal under our competition rules.”

Apple has not made any public statement in response to the EU announcement.

More in this category: « AUSTRAC accepts enforceable undertaking from National Australia Bank Chinese surveillance camera maker may face US sanctions: report »
Share News tips for the iTWire Journalists? Your tip will be anonymous