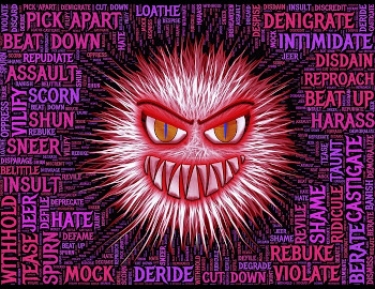 The Australian arm of a global initiative working to counter digital threats to democracy says the Federal Government's proposed new rules to expose online trolls will not solve the problem on online hate on social media.

Chris Cooper, executive director of Reset Australia, said in a statement that greater transparency about how the platforms worked and accountability for algorithms that amplified extreme content were more important.

Prime Minister Scott Morrison announced the government plan on Sunday, saying it would put in place new rules to force technology companies to identify anonymous online trolls, or be exposed to the risk of defamation payouts.

“The most pressing problem here is not trolls, it is the disproportionate reach of their content enabled by the algorithms of social media companies that prioritise sensational, outrageous and conspiratorial content - the form which defamatory content usually takes.

“Forcing social media companies responsible for coughing up the identity of individuals does not hold the platforms accountable for their profit-making amplification that enables that content to go viral.

“Online anonymity does protect trolls from accountability, but it also is an important tenet of a free and open internet that protects critics of the powerful which can hold leaders accountable.

“We cannot throw away anonymity and the protection it provides vulnerable communities, for the sake of reining in trolls who mostly are only able to cause harm because of social media platforms that profit from amplifying their content.”

Reset Australia said it was calling for policy in three directions:

"Increased transparency so evidence-based solutions can be found. This would include the introduction of "live lists" of the top trending issues during contentious periods - such as pandemics and elections;

"A shift towards systemic issues, rather than focusing on content takedowns and user identification. Design features and algorithms that promote harmful content are at the root of the problem, and need to be tackled; and

A 'Black Letter Law' by default approach which develops robust, legislated regulation which is enforced by independent arbitrators and written by policymakers, not the industry."

More in this category: « Govt promises new rules to force online firms to unmask trolls The ACMA proposal to remake the Telecommunication Infringement Notices Guidelines »
Share News tips for the iTWire Journalists? Your tip will be anonymous