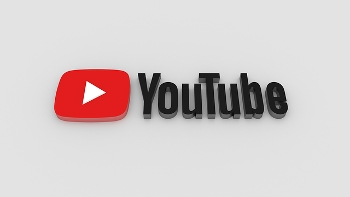 Networking gear manufacturer Cisco is pulling all its advertisements from Google's YouTube video site, because it feared that they would appear on unsuitable content, according to a blog post that has now been removed.

Cisco senior vice-president and chief marketing officer Karen Walker apparently made the post on Wednesday, according to a Reuters report.

It said the company did not want its ads to “accidentally end up in the wrong place, such as on a streaming video with sensitive content”, but said it would continue to use YouTube to share video content.

A Cisco spokesman told The Wall Street Journal that while the company invested significantly with Google, it had temporarily paused advertising on YouTube.

The Cisco action comes in the wake of a CNN report last month that claimed ads from more than 300 firms were running on extremist channels on YouTube.

The blog post later resurfaced with the references to YouTube and pulling ads excised. No mention was made in the revised post that it had been doctored.

In the original post, Walker expressed concern about the “brand-tarnishing” that would occur if Cisco ads appeared next to content that was deemed not in keeping with the company’s values.

“At Cisco, we would rather not wait for something bad to happen,” she wrote. “While Google and Facebook have made some strides to combat the issue, at this time we have pulled all online advertising from YouTube until the platform has met our standards.”

The rewritten version ran thus: "We are working closely with all of our media partners to ensure that Cisco’s online advertising meets our stringent standards. We only advertise where those standards are met and where we can ensure inappropriate content is not shared."

Google faced similar issues last year with The Times  discovering that British Government ads were appearing on videos that had racist or extremist content.

But despite Google saying many times that it was seized of the issue and taking steps to ensure that such incidents did not happen, the claims have continued into this year.

A Google spokesperson was quoted as saying in response to the Cisco issue: “We have partnered with advertisers to make significant changes to how we approach monetisation on YouTube with stricter policies, better controls and greater transparency.

"We are committed to continuing this dialogue and getting this right.”

Cisco said nothing about pulling its ads from Facebook though the social media giant was also mentioned in Walker's original blog post.