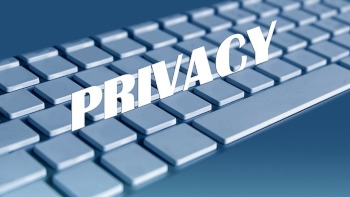 The Federal Government will fine social media and online platforms operating in the country $10 million for serious breaches of the Privacy Act, or thrice the value of any benefit derived from the breach.

"This penalty and enforcement regime will be backed by legislative amendments which will result in a code for social media and online platforms which trade in personal information," Attorney-General Christian Porter said.

A joint statement on Tuesday, from Communications Minister Mitch Fifield and Porter said legislation would be drafted for consultation in the second half of 2019.

Regarding the fines, the two ministers said a third option would be to fine the offending company 10% of its annual domestic turnover, with the biggest amount to be charged.

Porter also said: "The draft legislation will also incorporate any relevant findings of the current Digital Platforms inquiry by the Australian Competition and Consumer Commission which is due to issue its final report in June 2019."

Can you imagine the roars of laughter from the representatives of Google, Facebook and Twitter after their meeting with Luddites Mitch Fifield and Christian Porter this afternoon. These blokes have no idea what algorithms are, let alone how they're used. #auspol pic.twitter.com/v1AvjYUTcp

The government's reaction comes in the wake of events in Christchurch on 15 March when a white supremacist gunman killed 50 Muslim worshippers in a mosque and live-streamed the shooting on Facebook. The social media giant removed the video after more than an hour and YouTube also struggled to remove clips of the killing.

Porter and Fifield said the new fines would be imposed under the Privacy Act.

Other measures they announced were:

"Existing protections and penalties for misuse of Australians’ personal information under the Privacy Act fall short of community expectations, particularly as a result of the explosion in major social media and online platforms that trade in personal information over the past decade," Porter said.