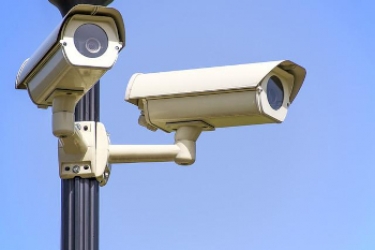 Image by Photo Mix from Pixabay

Chinese surveillance camera manufacturer Hikvision is the latest firm from that country to face the threat of US sanctions, with a report saying that the action would be taken on the alleged grounds of enabling human rights abuses.

The Financial Times reported that the US had yet to take a final decision on whether to go ahead with the sanctions or not, as Hikvision's cameras are sold in 180 countries, including the US.

Currently, the US has sanctions in place against a number of Chinese companies, with the best-known among them being the telecommunications equipment provider Huawei Technologies.

Washington raised the spectre of sanctions against Hikvision as long as two years ago, but at that time it was on the charge that the company was either owned or controlled by the Chinese military.

Hikvision was one of 20 companies on the list targeted by the US at the time, with China Mobile Communications Group, China Telecommunications Corporation and Aviation Industry Corporation of China also on the same list.

The current action planned against Hikvision is based on allegations that the Chinese firm is helping Beijing to violate the human rights of Uighurs, a minority group which is concentrated in the province of Xinjiang.

Hikvision's top five markets are the US, Vietnam, Mexico, the UK and Brazil, according to the FT report.

Hikvision has no media contacts on its Australian website. A request for comment has been sent to the only email address provided.

More in this category: « EU says Apple abused dominant position by not sharing mobile pay tech US steps up fresh probe into Kaspersky products: report »
Share News tips for the iTWire Journalists? Your tip will be anonymous