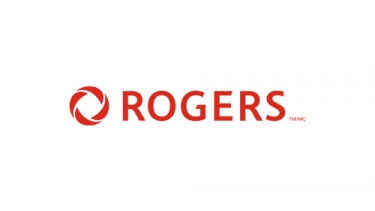 In what feels similar to the VHA TPG merger issues in Australia, Rogers and Shaw say they remain committed to the transaction, which they contend is in the best interests of Canada and Canadians because of the significant long-term benefits it will bring for consumers, businesses and the economy.

The companies have offered to address concerns regarding the possible impact of the transaction on Canada’s competitive wireless market by proposing the full divesture of Shaw’s wireless business, Freedom Mobile. Rogers and Shaw are engaged in a process to sell Freedom Mobile, with a view to addressing concerns raised by the Commissioner of Competition and the Ministry of Innovation, Science and Economic Development.

Rogers and Shaw will oppose the application to prevent the transaction to be made by the Commissioner of Competition, while continuing to engage constructively with the Competition Bureau in an effort to bring this matter to a resolution and ensure that the transaction’s benefits can be realised by all Canadians, the companies say.

The companies say that the transaction will provide a combined Rogers and Shaw with the capabilities necessary to invest in digital infrastructure, create jobs, drive innovation, increase choice, and bridge the digital divide. In addition, the Transaction will foster greater competition by creating Canada’s most robust wholly-owned national network, and generating more choice for businesses and consumers so they may realise the full economic and social benefits of next generation networks.

The companies state that the benefits of the transaction are:

In order to permit continued engagement with the Competition Bureau, Rogers, Shaw and the Shaw Family Living Trust said they have agreed to extend the outside date of the transaction to 31 July 2022. In addition, Rogers and Shaw will continue to seek approval of the Transaction from the Ministry of Innovation, Science and Economic Development.

The companies stated that the transaction has already been approved by the shareholders of Shaw and the Court of Queen’s Bench of Alberta, and the Canadian Radio-television and Telecommunications Commission (CRTC) has approved Rogers’ acquisition of Shaw’s broadcasting services, subject to conditions and safeguards designed to ensure that the transaction benefits Canadians. In addition, the transaction remains subject to the approval of the Ministry of Innovation, Science and Economic Development and other customary closing conditions.

Canada is very similar to Australia, from a demographic and market conditions perspective. Canada has similar population size, similar population dispersion, and similar geographic size. The major difference is they contend with cold, as opposed to heat. The telecommunications economic challenges are the same - trying to provide communications outside the main centres in the most efficient manner, which means maximising the utilisation of capital. Sometimes competition bodies fail to recognise these unique circumstances and drive for infrastructure based competition that isn't sustainable.

Carriers are looking for capital to build out 5G and optical access networks, this can be difficult when the capital costs are large and the consumer share of wallet fairly fixed.

More in this category: « US steps up fresh probe into Kaspersky products: report ABC ignores privacy body's queries about iview login order »
Share News tips for the iTWire Journalists? Your tip will be anonymous