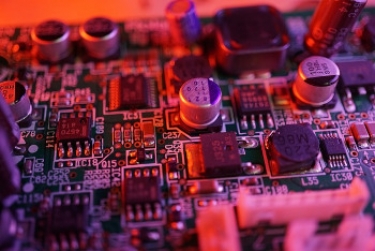 Image by Andra Medium from Pixabay

A bifurcation of the global semiconductor industry will be expensive and risky, and pose threats to quality and reliability as well, the rating agency S&P Global Ratings says in a research note issued earlier this month, adding that China and other Asia-Pacific producers are likely to suffer more.

The agency issued its note in the wake of the imposition of new restrictions by the US on chip exports to China on 7 October.

S&P pointed out that if global semiconductor support chains became less integrated, manufacturers in China, the US and Europe would be forced to construct new and overlapping foundries costing more than US$10 billion (A$14.8 billion) apiece.

The risk factor arose because bifurcation would lead to disruption of supply chains for both chip makers and consumers, resulting in battles for control of upstream materials.

"While disruptions, supply uncertainty, and costs risks are global, the pain might not be spread evenly. In our view, China and other Asia-Pacific producers have more to lose in a decoupling scenario," S&P noted.

In October, the US issued a new set of rules which prevent companies that do business in the US, or have American content in their products, from selling the latest chips to China. It also placed curbs on American citizens or green-card holders from working for Chinese semiconductor factories.

In its bid to attract manufacturing back to the US, Washington outlined a strategy in September, offering up to US$50 billion to companies willing to produce chips within the country.

S&P said the determination in the US and also in Europe to locally manufacture chips would lead to a big increase in capital expenditure in the coming decade.

Were a slow-motion bifurcation to take place, countries and businesses would be forced to take sides between the US and China. "Actors all along in the supply chain (i.e. research; design; manufacturing; assembling, testing and packaging; and distribution) will have to rethink their upstream and downstream networks."

S&P said the costs for end-users would tend to fluctuate, with upward pressure on costs as the industry sought to recover its extra expenditure, and downward pressure due to over-capacity due to replicated facilities.

The concentration of the industry would also be a negative, the note said. "The drive for increased cost-efficiency combined with a global talent shortage of industry engineers and technicians has led to a concentration of actors in segments of the global semiconductor supply chain.

"The number of major companies in each segment of software and design, equipment, 'fabless' (i.e., companies which outsource manufacturing), wafers, foundries (i.e., manufacturing factories) and integrated design manufacturers can be counted on our fingers.

"At the same time, these companies are concentrated in just three geographic regions: the US, east Asia (Taiwan, South Korea, Japan and China), and north Europe (the Netherlands, Germany and Switzerland).

"An adversarial bifurcation of the industry could remove one of these actors from one of the two resultant supply chains, in effect breaking a chain link. The risk is higher for China than for the US given that many of the companies, and their facilities, are in countries regarded as US allies."

Production of semiconductors involved hundreds of chemicals and minerals, S&P said, adding that the countries which controlled access to these materials could disrupt the supply chains of other countries.

A final factor cited by S&P was the proprietary nature of chips. "At present, the design architectures of the more advanced chips sit behind intellectual property walls. A design can cost hundreds of millions of dollars to develop," it pointed out.

"In the unlikely event that one or more of such designs become open architecture, legally or otherwise, it will rebalance, at least for a few years, the economics of the industry away from the upstream (so-called) Chip IP companies.

"It will also undermine, again for the short term, the geopolitical intent of US industry restrictions against China. We see this risk as remote, and with short-term ramifications (until the next IP-protected more advanced chip design comes out)."