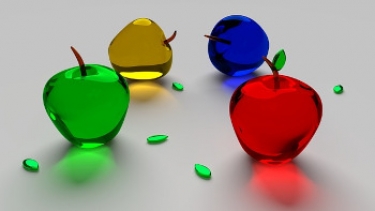 Image by Colin Behrens from Pixabay

Apple and Google have come under scrutiny in Japan, with the country's Fair Trade Commission set to investigate whether the two companies are using their dominance of mobile operating systems to cut out competition.

A report published by the Nikkei Asia website quoted JFTC secretary-general Shuichi Sugahisa as informing the media on Wednesday that views would be sought from operators, app developers and smartphone users.

Apple's iPhones have about 20% of the global market share for smartphones while practically all the remaining 80% belongs to Android implementations by various vendors.

The JFTC last month completed an investigation into Apple over suspicions that the company was "restricting business activities, such as selling digital contents, etc., of enterprises that distribute applications based on App Store Review Guidelines as Apple operates App Store, where the developers distribute apps for iPhone".

In a statement, the JFTC said: "During the JFTC’s investigation, Apple proposed to take measures such as revising the Guideline related to the alleged conduct above.

"As a result of the JFTC’s review on this proposal, the JFTC recognised it would eliminate the above mentioned suspicion and decided to close the investigation on this case after the JFTC confirms the measure has been taken."

Nikkei Asia said the JFTC would draft a report on the structure of the mobile operating system market and examine why competition had remained static.

Apple dominates the Japanese market, with nearly 70% market share, while Android has the balance.

Apple is reportedly facing an anti-trust suit in the European Union over the NFC chip technology it uses for tap-and-go payments.

Apple won this battle in 2020, with the Luxembourg General Court ruling that the Cupertino-based firm did not have to pay. However, the EU has appealed against this ruling, claiming legal errors were made by the court.

The EU also filed an anti-trust suit against Apple in April this year, for allegedly blocking rivals on its App Store, based on a complaint from music service Spotify.

Additionally, a non-profit in the north Indian state of Rajasthan has filed an anti-trust case against Apple similar to that which the iPhone maker faces in the EU.

Google, meanwhile, is fighting a €4.34 billion (US$5.01 billion, A$6.85 billion) fine imposed on it in 2018 by the EU for allegedly breaching anti-trust rules relevant to Android.

The search giant is also facing an anti-trust suit in the US, filed by the Federal Government and 11 states.