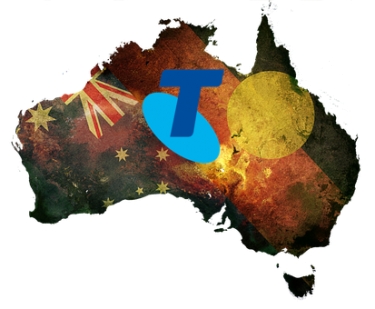 The Federal Court today ordered that Telstra pay $50 million in penalties for engaging in unconscionable conduct when it sold mobile contracts to more than 100 Indigenous consumers across three states and territories, in proceedings brought by the ACCC.

Telstra admitted that between January 2016 and August 2018, it breached the Australian Consumer Law and acted unconscionably when sales staff at five licensed Telstra-branded stores signed up 108 Indigenous consumers to multiple post-paid mobile contracts which they did not understand and could not afford.

“Sales staff in these Telstra-branded stores used unconscionable practices to sell products to dozens of Indigenous customers who, in many cases, spoke English as a second or third language,” ACCC Chair Rod Sims said.

“This conduct included manipulating credit assessments and misrepresenting products as free, and exploiting the social, language, literacy and cultural vulnerabilities of these Indigenous customers.

“Telstra’s board and senior executives failed to act quickly enough to stop these illegal practices when they were later alerted to them.

“The $50 million penalty imposed against Telstra is the second highest penalty ever imposed under the Australian Consumer Law. This is appropriate given the nature of the behaviour by Australia’s biggest telecommunications company, which was truly beyond conscience,” continued Sims.

In some cases, sales staff at the licensed stores failed to properly explain the potential costs of the contract to the consumers and falsely represented that consumers were receiving products for 'free'.

In many instances, sales staff also manipulated credit assessments, so consumers who otherwise may have failed its credit assessment process could purchase post-paid mobile products. This included falsely indicating that a consumer was employed when they were not.

The ACCC reports Telstra has since taken steps to waive the debts, refund money paid and put in place measures to reduce the risk of similar conduct in the future.

In addition to the remedies ordered by the Federal Court, the ACCC has accepted a court-enforceable undertaking from Telstra in which Telstra undertakes to provide remediation to affected consumers, improve its existing compliance program, review and expand its Indigenous telephone hotline, and enhance its digital literacy program for consumers in certain remote areas.

“We expect much better behaviour from large businesses like Telstra, but all businesses in Australia have a responsibility to ensure sales staff are not breaching consumer law by manipulating or tricking consumers into buying products or services they do not need or cannot afford,” Sims concluded.

Telstra admitted liability, cooperated with the ACCC’s investigation and made joint submissions with the ACCC to the Court in relation to penalty and other orders.

On 26 November 2020, the ACCC instituted Federal Court proceedings against Telstra for admitted unconscionable conduct in the sale of post-paid mobile products to Indigenous consumers.

Telstra operates stores across Australia, including stores operated by independent licensees which sell Telstra products and services on behalf of Telstra through Telstra-branded stores.

Consumers from remote Indigenous Australian communities located near these stores were affected by the alleged conduct, including the regions surrounding Darwin, the islands off Northern Territory, the Kimberley region and the Anangu Pitjantjatjara Yankunytjatjara Lands (APY Lands) in central Australia.

More in this category: « ACCC seeks leave to appear in Epic Games, Apple court appeal ACMA Action on spam and telemarketing: January to March 2021 »
Share News tips for the iTWire Journalists? Your tip will be anonymous