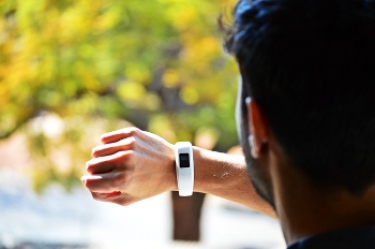 Image by FitNishMedia from Pixabay

The Australian consumer watchdog has called for submissions on a proposed court-enforceable undertaking offered by Google with regard to its bid to buy American digital health and fitness company Fitbit.

The deadline for submissions is 9 December, the Australian Competition and Consumer Commission said in a statement on Monday.

It said the move to ask for opinions should not be read as a signal that the deal would be finally approved.

In June, the ACCC had raised concerns over the proposed acquisition, with chairman Rod Sims saying at the time: "Our concerns are that Google buying Fitbit will allow Google to build an even more comprehensive set of user data, further cementing its position and raising barriers to entry to potential rivals.”

Sims had also raised the issue of “whether Google is likely to favour its own wearables devices over competitors’ when supplying important related services such as WearOS, Google Maps, Google Play Store or Android smartphone inter-operability”.

Regarding the proposed undertaking, Sims said on Monday: "Our decision to begin consultation should not be interpreted as a signal that the ACCC will ultimately accept the undertaking and approve the transaction.

“Feedback from interested parties will assist us to decide whether the behavioural remedy proposed is capable of addressing our competition concerns regarding this transaction.”

The undertaking that has been put forward would require Google to:

“The ACCC is seeking feedback from industry and consumers on the long-term effectiveness and enforceability of Google’s behavioural undertaking to address the competition concerns raised by its proposed acquisition of Fitbit," said Sims. "The ACCC has not decided whether or not it will ultimately accept any undertaking.”