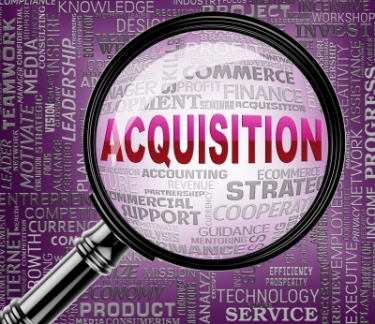 Australia’s competition watchdog, the ACCC, has raised serious concerns over Google’s proposed acquisition of American digital health and fitness company Fitbit, and the potential for the deal to adversely affect market competition.

The Australian Competition and Consumer Commission — which is scrutising the deal and undertaking an investigation into the proposal — says its preliminary concerns are that Google’s access to consumer health data, with the proposed acquisition, may raise entry barriers, further entrench its dominant position and “adversely affect competition in several digital advertising and health markets”.

The ACCC prefaced its concerns about the proposed acquisition, commenting that Fitbit, a company that makes wearable devices, “has collected health information from consumers for more than 10 years, including users’ daily step counts, heart rate and sleep data”.

“Our concerns are that Google buying Fitbit will allow Google to build an even more comprehensive set of user data, further cementing its position and raising barriers to entry to potential rivals,” ACCC Chair Rod Sims said.

“The ACCC’s Digital Platforms Inquiry found that Google’s substantial market power is built on its concentration of search and location data, and data collected via third-party websites and apps.”

Sims said “past acquisitions by Google, of both start-ups and mature companies like Fitbit, have further entrenched Google’s position,” and “the access to user data available to Google has made it so valuable to advertisers that it faces only limited competition”.

“The ACCC’s investigation is focussed on certain online advertising services and nascent data-dependent health markets. We will explore the uniqueness and potential value that Fitbit’s data poses for Google, and its likely competitors in these advertising and health markets.”

Sims pointed to another key issue the ACCC has outlined in its statement of issues as to “whether Google is likely to favour its own wearables devices over competitors’ when supplying important related services such as WearOS, Google Maps, Google Play Store or Android smartphone interoperability”.

“This is a rapidly evolving sector and, while there is inherent uncertainty about how digital markets will develop, it does not mean as a competition regulator we can conclude there will be no lessening of competition simply because the future is unclear,” Sims said.

“Our position is where there is uncertainty, especially surrounding such important markets, the ACCC must thoroughly investigate the potential for an acquisition to stymie future competition. As a competition regulator it is our job to weigh carefully the potential issues concerning data and advertising that may follow transactions such as these.

“We will work very closely with other competition authorities in other jurisdictions that are also reviewing this transaction.”

Feedback on the ACCC’s statement of issues is due by 10 July and the regulator says it will hand down its final decision on the Google/Fitbit proposal on 13 August.

More in this category: « You need us, we don't need you, Facebook tells news companies Government ‘fails’ regional commercial radio, TV on regulatory burdens, says Rowland »
Share News tips for the iTWire Journalists? Your tip will be anonymous