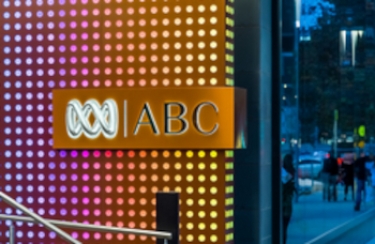 The ABC, which appeared to have delayed the imposition of compulsory log-ins beyond its original stated deadline of March, now seems to have clamped down at the wrong time: during the federal election campaign.

Researcher Vanessa Teague, who runs her own cyber-security firm Thinking Cybersecurity, said in a tweet on Thursday that the corporation, which receives a billion dollars of taxpayer funds each year, had turned off open access to iview during the campaign which began on 10 April.

Dr Teague had highlighted the gathering of data by the ABC while Australian residents were using iview and also while using the ABC news website.

Well, @ABCaustralia has actually gone ahead and turned off open access to iView, during an election campaign. Now you can't watch without your viewing data being shared with commercial partners.

She wrote: "Now you can't watch without your viewing data being shared with commercial partners. Is there any political candidate who has anything to say about this?"

Last month, Teague demonstrated the way data was being swallowed up by the likes of Google, Facebook, Chartbeat and Tealium.

And an update on that opt-out: I rechecked today and the opt out is still non-functional.

Here are my account settings - opted out of everything I can opt out of pic.twitter.com/KpbqTos1cf

In 2021, she sought to obtain details of the data-sharing deal that the ABC has with Tealium — which styles itself as a customer data hub and enterprise tag management firm — but was knocked back after filing a freedom of information application.

On Thursday, Teague also checked whether the opt-out from data-sharing - which the ABC had said earlier this year would be available - was functional and said it was not yet available.

She posted two tweets, one showing the settings on her account and the second showing the way data was being leaked out while she was using iview.

And here's my detailed viewing data, still being sent to Tealium with my hashed email address. Google & Chartbeat still get the viewing data too.@OAICgov - Anything to say about continuing to share detailed identifiable data even after people have explicitly opted out? #Auspol pic.twitter.com/pNbsLITwSd